New Delhi: Former Jawaharlal Nehru University Students’ Union (JNUSU) vice-president Shehla Rashid has announced her disassociation from mainstream electoral politics on Tuesday (October 8) as she condemns the government’s decision to hold Block Development Council elections in Jammu and Kashmir. She said she can not be a party to “exercise of legitimizing the brutal suppression of Kashmiri people”. 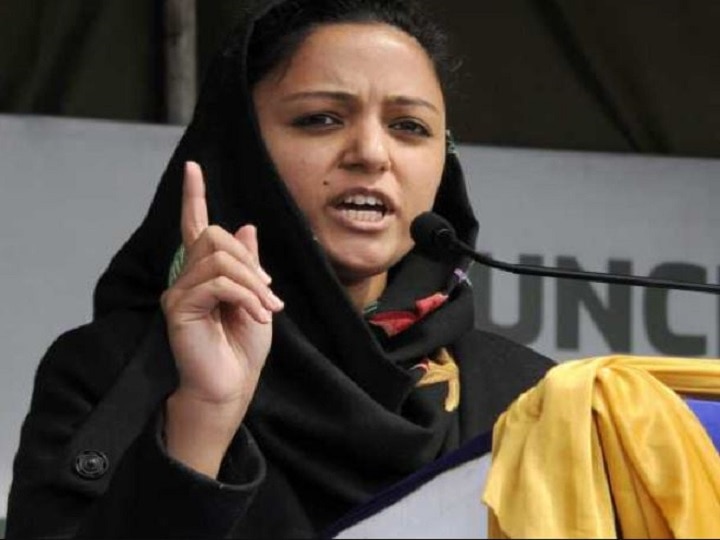 Earlier this year, the former Vice President of JNUSU,  became a part of the Jammu and Kashmir People’s Party which was launched by Shah Faesal, former IAS Officer.

Shehla Rashid said she joined politics as she believed it was “possible to deliver both justice as well as good governance, and also work for the resolution of the Kashmir issue as per the wishes of the people of Jammu & Kashmir”.

I'd like to make clear my dissociation with the electoral mainstream in Kashmir. Participation in the electoral process in a situation where even the election rhetoric is to be dictated by the centre will only amount to legitimising the actions of the Indian govt in #Kashmir pic.twitter.com/7PMi2aIZdw

According to reports, Shehla was in close coordination with Faesal and was overseeing party functioning.

Shehla, on the other hand, has been a vocal critic of the BJP-led government and right-wing organizations such as the RSS and Bajrang Dal. Despite her joining hands with leftist students’ wings of JNU, Shehla did not join any of these parties formally over the past few years.