Cricketer turned politician Gautam Gambhir shared a picture of the ‘missile man’ along with a quote in Hindi on his Twitter handle. 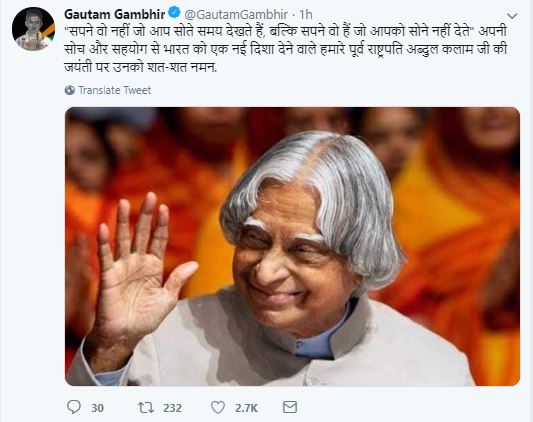 “Humble tributes to Dr #APJAbdulKalam ji on his birth anniversary, one of the greatest Indians to have walked the planet Kalam Sahab ko Salaam,” tweeted Virender Sehwag. 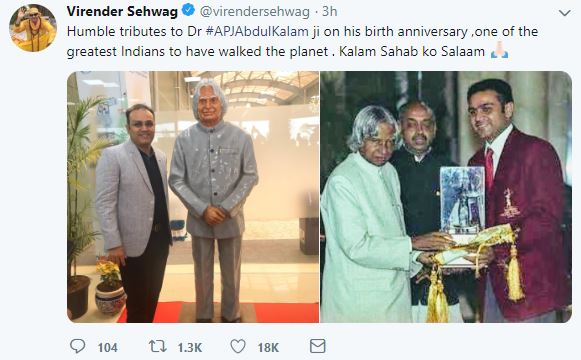 Paying tributes to Dr. Kalam, former cricketer VVS Laxman tweeted, “Tribute to Dr #APJAbdulKalam on his birth anniversary. His thoughts & vision are a treasure to safeguard and continue to inspire.” 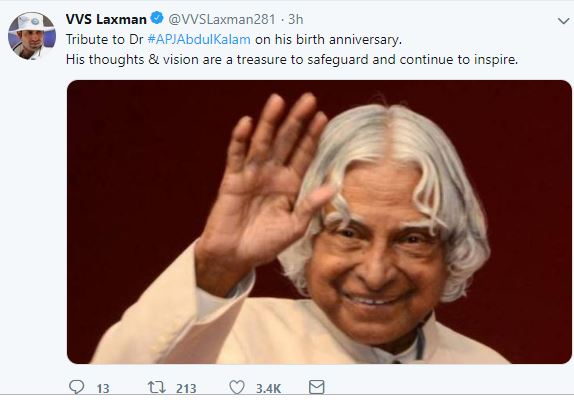 “Respected Dr. #APJAbdulKalam Ji, remembering you on your birth anniversary. What the ‘Missile Man’ has done for our nation is invaluable. Thank you for taking India to unimaginable heights, you are always in our thoughts and prayers.” tweeted Indian cricketer Shikhar Dhawan 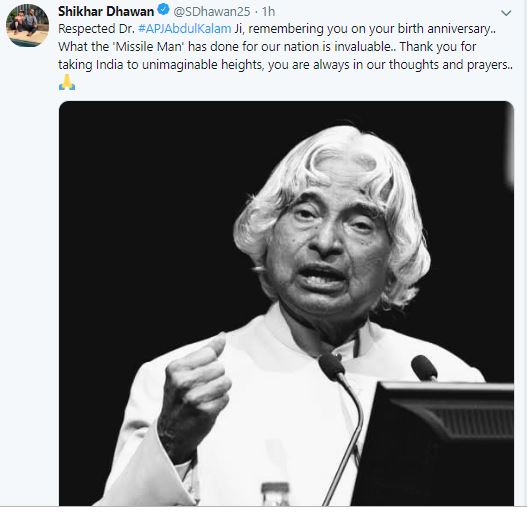 “Tributes to an absolute inspiration and a role model, Dr #APJAbdulKalam on his birth anniversary. In awe of his greatness, what a man,” tweeted former Indian cricketer Mohammad Kaif. 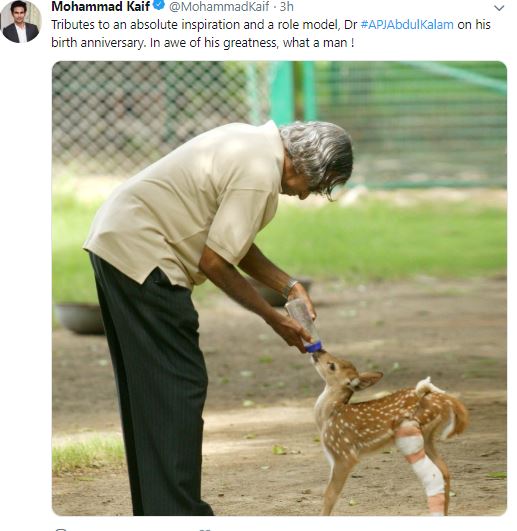 Avul Pakir Jainulabdeen Abdul Kalam, better known as the ‘Missile Man of India’ for his contributions towards the development of the country’s missile projects was born on October 15, 1931, at Rameshwaram in Tamil Nadu.

In 2002, Dr Kalam became the 11th President of India and famously became the ‘People’s President’ for his friendly nature to one and all.