“Bollywood”- The name is all set to change

With the change in name, keeping Indian values & tradition intact, “Bollywood” which is already bigger than Hollywood, will now be super big, even more than we expect. “Bollywood”- The name is all set to change

Many stars, analysts, trade pundits and cinephiles believe Bollywood is a subset of Hollywood whereas; fact of the matter is that Bollywood’s inception was before Hollywood by 11 years, surprisingly !!

So the point is why should we follow Hollywood?

Why are we keeping names which influence Bollywood from Hollywood? Why not we have our own name with our tradition and Indian values.

With the change in name, keeping Indian values & tradition intact, “Bollywood” which is already bigger than Hollywood, will now be super big, even more than we expect.

Hirav Shah Recommends Astro-Numerologically that the New Name should start with an U or V or A or H or N,  to assure flawless prosperity and progress in the industry with less negativity and more positivity.

From Apple’s foray into the automobile sector, Royal Challengers Bangalore’s spot in the IPL 2020 top 4 to the Democratic win in the US election 2020 and many more. This simply makes it clear that Hirav Shah’s predictions for any business are worth their weight in gold!

This time Hirav Shah has given his invaluable prediction that Bollywood will change its name and will soon embrace a title that reflects Indian tradition and values. If you are wondering why?

Actually, 2019 started with a bang as blockbuster Uri – The Surgical Strike released in the second week of January. But the only surgical strike Bollywood was interested in throughout the nine months of 2020 was the one against COVID-19.

War was the biggest Hindi blockbuster of 2019 but little did Bollywood know then that in 2020, Bollywood would be struggling to get back on its feet as the world waged a War against the virus that brought it to a standstill for months on end. Which means, Bollywood could do precious little through 2020, but Hirav Shah has again risen to the occasion at the right time and has given us some super good news about the industry’s name-change for fortune and success.

Preceded by lockdown, Bollywood suddenly – along with planet earth – went into a panic zone about what to do, where to go, whom to ask and how to navigate this terrifying, unknown menace!

Tanhaji: The Unsung Warrior opened on 10th January, 2020 and went on to become a blockbuster. Other than this film, no film in the first three months set the cash registers ringing at the ticket windows. In all, only 56 films made it to the cinemas in the first two-and-a-half months of 2020, after which cinemas were asked to shut down shutters because of the COVID-19 pandemic. 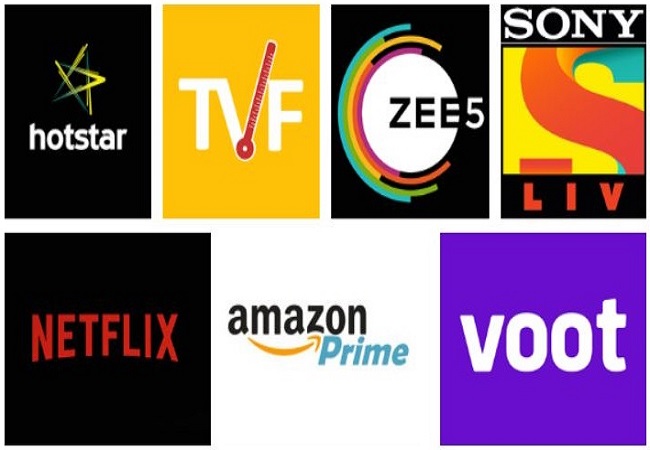 Rejection seemed to be the catchword almost all through the lockdown which started in March-end and continued till the year-end in some parts of the country. Cinemas remained closed all over India from around March 15-20 till October 10, 2020. They started to reopen from October 10 but the reopening was staggered, depending on the COVID fear in the different states of India. Due to the cinema closure, several producers opted for the OTT platform to showcase their films. But even on streaming platforms, almost every new film released during lockdown faced rejection and failure.

Sushant Singh Rajput’s untimely demise on June 14 sent shock waves in the nation as people speculated whether it was a case of suicide or murder. As an aftermath of the death, Many Bollywood celebrities were dragged into horrific media-created controversies. Many of them were blamed for driving Sushant to suicide and some of them were even accused of murdering him!

The CBI investigations into the death case shifted the spotlight on Bollywood and drug consumption in the industry. The Narcotics Control Bureau (NCB) is even investigating the drug angel connected to the death of the actor. Rhea and her brother Showik Chakraborty were arrested by the Narcotics Control Bureau (NCB) in connection to the drug probe linked to the death of Sushant. Rhea was granted bail in October. Meanwhile, #JusticeForSSR remained one of the top trends on Twitter and other social media platforms.

Besides Sushant, several other industry people, like actor Asif Basra, also had an untimely demise.

But, Bollywood’s Favourite Astro-Strategist, Hirav Shah always believed that movies were, are and always will be connected to the movie halls and the big screen. 2020 was a bad dream, an aberration, a nightmare, an accident of the worst kind, an evil spell cast by Satan to show the world his power over mankind and frighten the collective wits of us poor mortals. However, Hirav Shah insists, this too will pass once the name change happens and the vaccine destroys this evil virus once and for all.

Indeed the magic and aura of the Hindi Film Industry will be redeemed with a bang, this year. Cinephiles just can’t contain their excitement, we all know, with this Shah’s prediction, that is always known to be brilliant, perfect and vital.

The most obvious names are the big films of 2020 that never got a release – Sooryavanshi, Brahmastra, 83 and Jersey. Apart from these, here are 20 Hindi movies we can’t wait to see this year.

India’s Top Astro-Strategist Hirav Shah Opines – All great changes are preceded by chaos. If Bollywood’s 2020 was a year of great chaos and disappointment, then Bollywood’s 2021 will bring in one of the most significant changes and a huge recovery for the trade.

With An Astro-Strategic opinion, the struggles associated with making a fortune and prosperity in the industry are eased. With an Expert Astro Advice, Strategic Inputs and Decision Making, you can reach out for the stars with confidence and certainty, Concludes Hirav Shah.

“Bollywood”- The name is all…
India moves closer to ‘2G-Mukt…
Assembly Elections in Tamil Nadu,…
Assam: 3-phased Assembly polls from…