Lucknow/Ayodhya: As Chief Minister Minister Yogi Adityanath visited Ayodhya on Sunday, he performed the ‘aarti-poojan’ and worshipped Ramlala at the RamJanmabhoomi complex. The Chief Minister also offered prayers at the Hanumangarhi temple.

The CM during his visit also took stock of the ongoing works at Ram Janma bhoomi and monitored the progress. After this, the CM reached Tedhi Bazar and inspected the various under construction sites and the multilevel parking.

Worshipped Ramlala for the fourth time in 40 days. 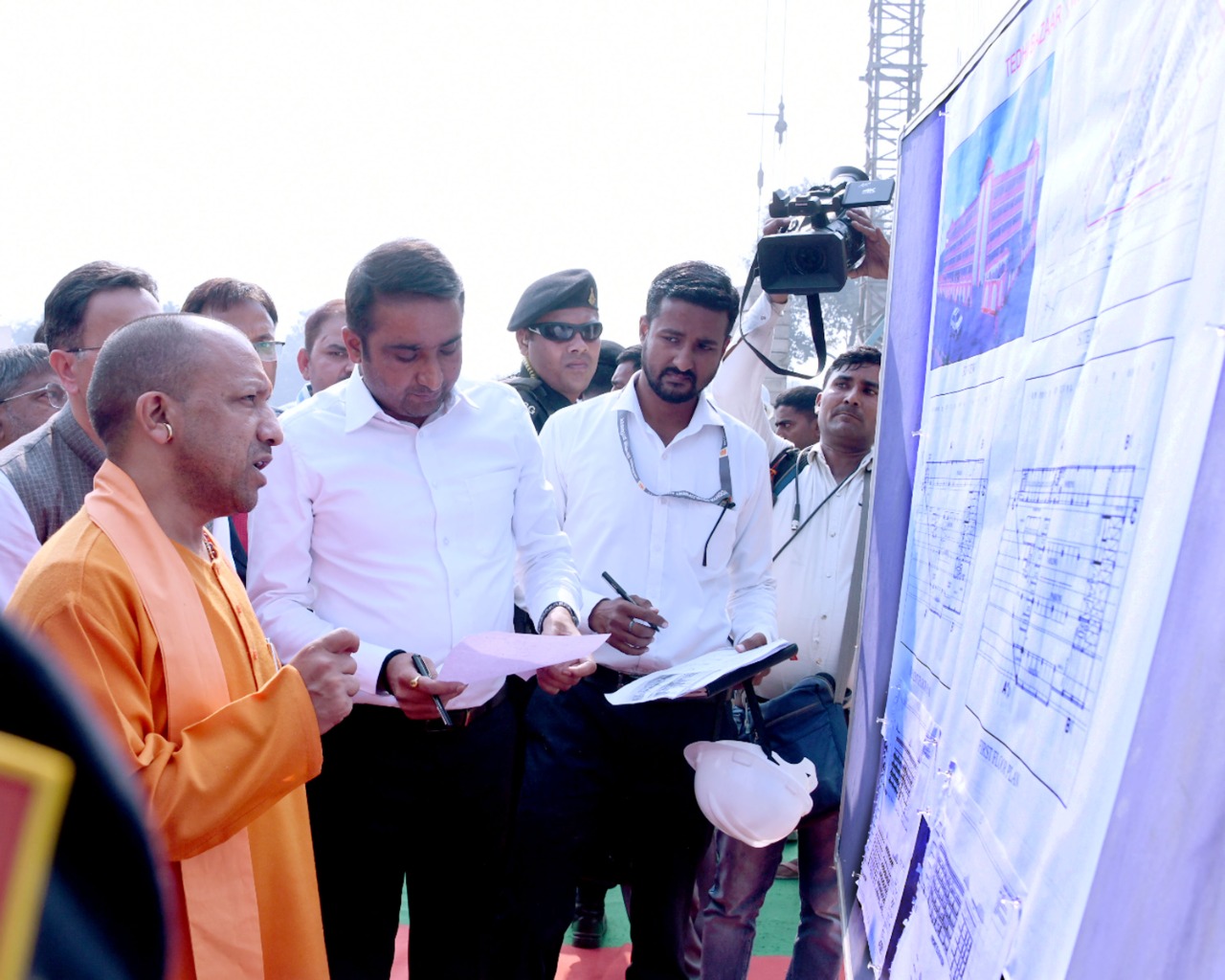 Chief Minister Yogi Adityanath visited Ramlala and Hanumangarhi in Ayodhya for the fourth time in 40 days. Earlier, on October 19, the Chief Minister had reached Ayodhya to inspect the preparations for Deepotsav. On October 23, he also worshipped along with Prime Minister Narendra Modi during the Deepotsav. Advertisement
Related Topics:featuredyogi adityanath
Up Next