New Delhi: A day after Uddhav Thackeray’s exit, Bharatiya Janata Party (BJP)’s Devendra Fadnavis dropped a bombshell and announced that not him but Eknath Shinde will become the next Chief Minister of Maharashtra. The surprising announcement was least expected but it comes as yet another instance of BJP’s style of springing a surprise at the eleventh hour.

After a week of turbulence in Maharashtra politics, the decks are now clear for new government formation under the leadership of Sena rebel Eknath Shinde.

Who is Eknath Shinde

Eknath Shinde, who was days ago dubbed as ‘traitor & backstabber’ by the Uddhav faction will take over the reins of Maharashtra government with the support of BJP.

The 58-year-old Sena leader was the Minister of Urban Affairs in Uddhav-led MVA government, unless he rebelled against party’s increasing inclination towards Congress & NCP. Shinde describes himself as ardent follower of Shiv Sena founder Balasaheb Thackeray and throughout his stay in a Guwahati hotel, he maintained that the real reason behind breaking away from party was not seeking any benefit but sticking to the Hindutva agenda that Balasaheb strived for.

More than 37 rebel Sena MLAs under his leadership have also reportedly applied for a new name to their political outfit named after Balasaheb Thackeray. A rebel MLA recently named this outfit as Shiv Sena (Balasaheb).

Shinde comes from a humble background. To make both ends meet and to earn livelihood, he left his education and started working early. However, after becoming Minister in 2014, he resumed his studies and graduated from Yashvantrao Chavan Open University, Maharashtra.

His political journey began in 1997 when he entered the first public office. He was elected as Coprorator for the first time in Thane Municipal Corporation. 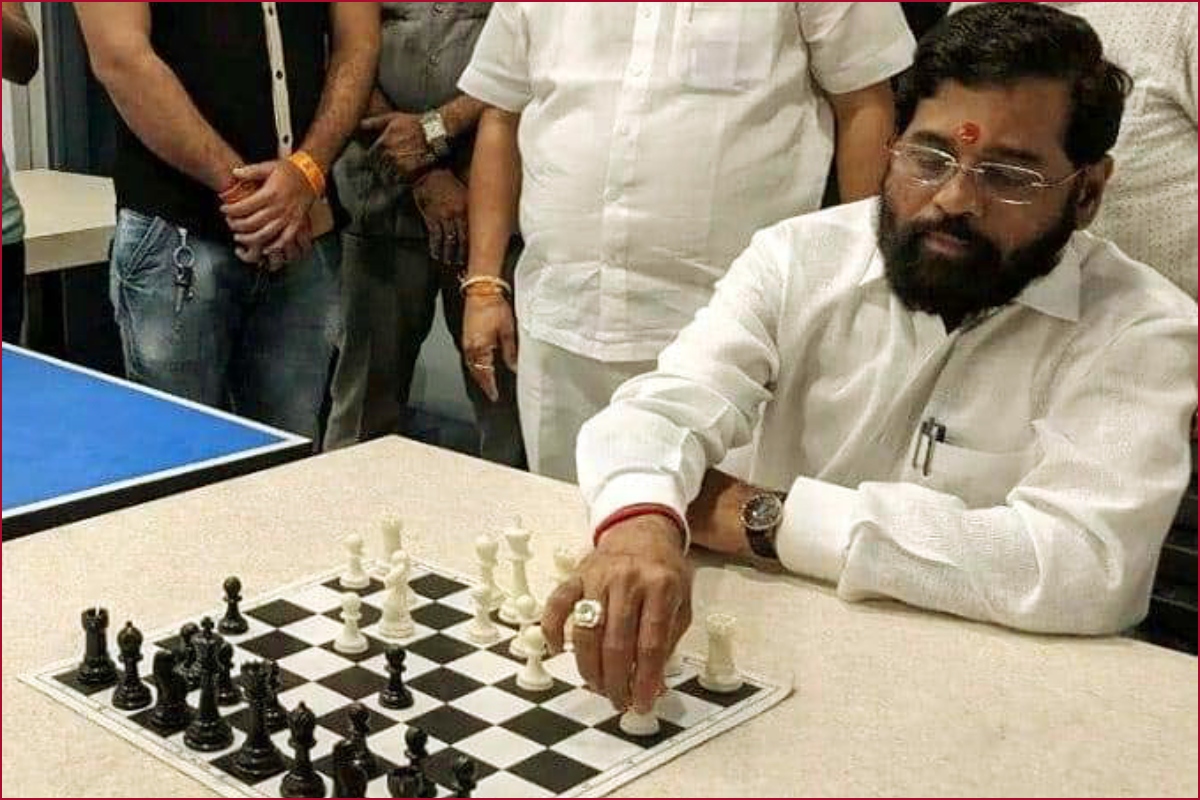 His first stint in Maharashtra Assembly began in 2004, when he got elected as the Legislator from Kopri-Pachpaakhadi constituency of Thane.

Eknath Shinde to be next Maharashtra CM, oath ceremony at 7.30 PM today

Sitharaman terms horse-racing as horse-trading, then corrects but Opposition has a field day