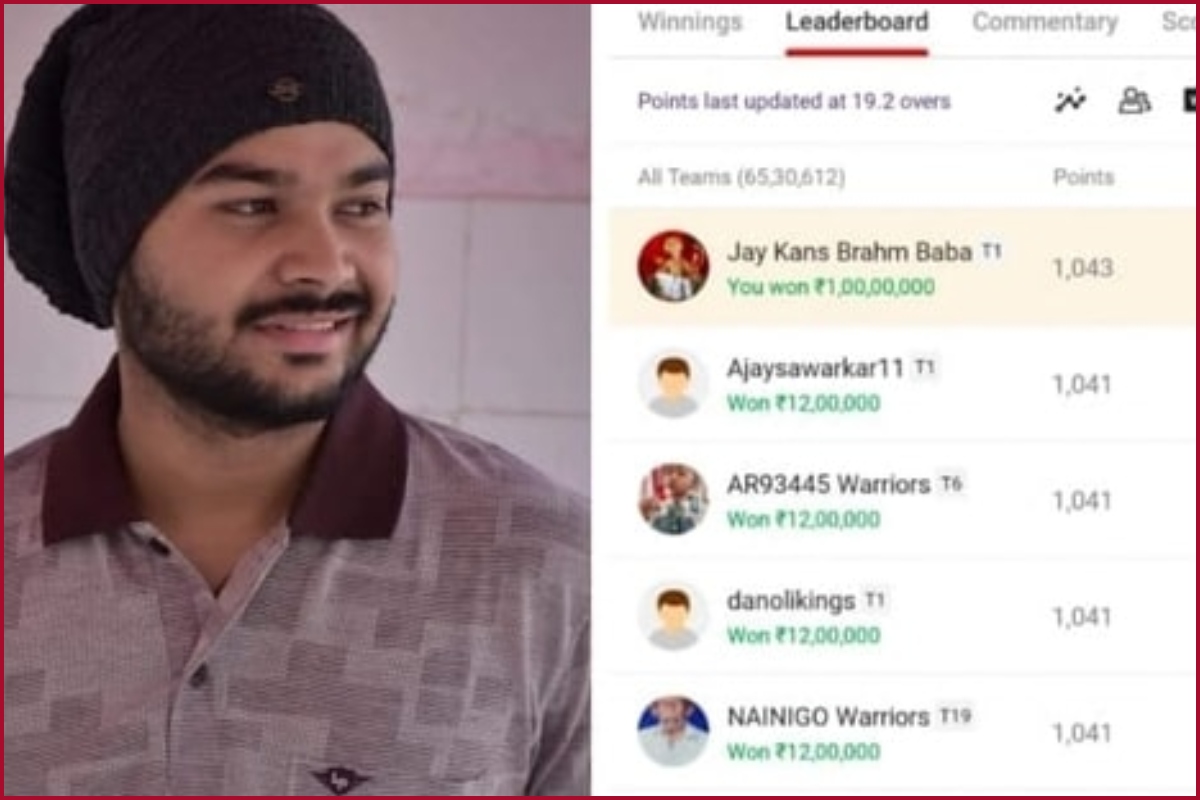 New Delhi: A youth from Bihar’s Bhojpur has won Rs 1 crore as he won prize money from a virtual gaming platform called Dream11. This is the life changing moment from him as he had received the prize money after forming a “dream team” on the fantasy gaming app.

The boy has been identified as Saurav Kumar, he is a resident of Thakuri village of Charpokhari block in Bojhpur in Bihar. He was left shocked and stunned after receiving a message from the app that he had won one crore rupees. Now, Saurav Kumar has become a local star after his win created a buzz. Saurav Kumar said that he has been trying to win big since 2019. He has so far won and lost thousands of Rupees. Presently, he is pursuing his graduation. Apart from his studies, he is also interested in playing cricket.

Advertisement
Related Topics:Saurav Kumar
Up Next