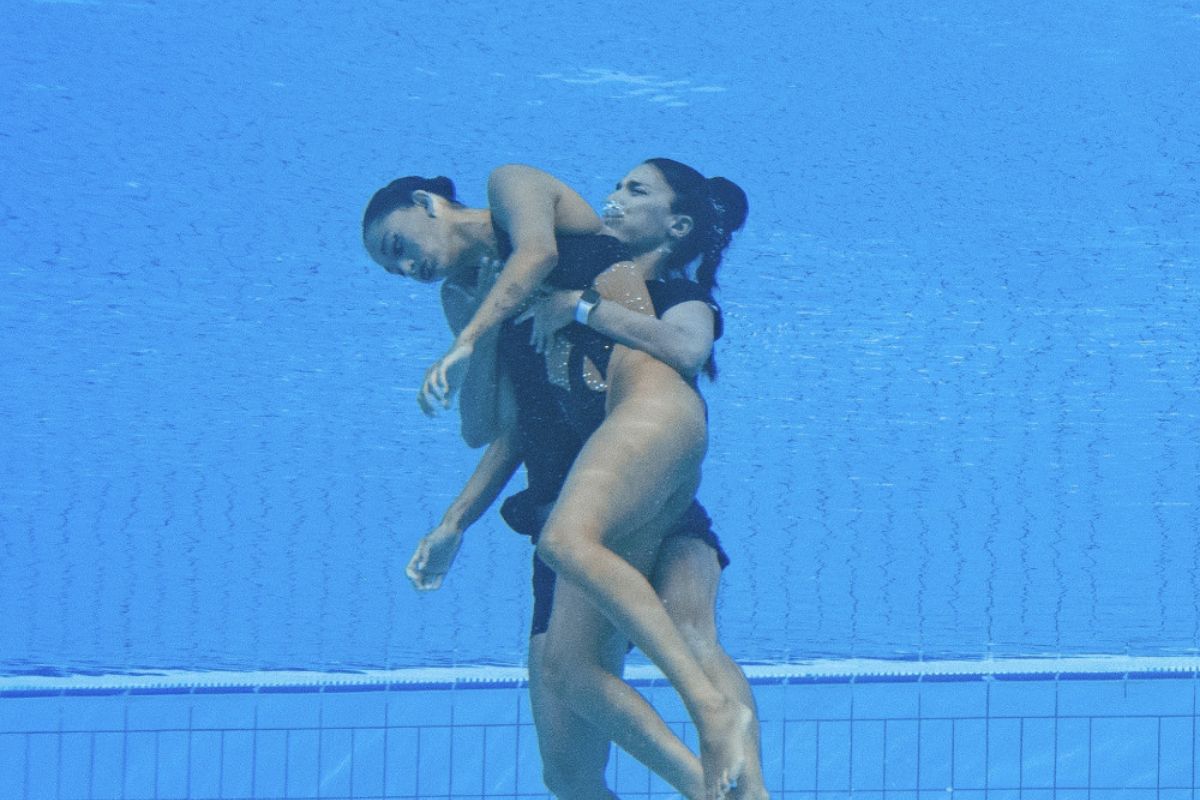 New Delhi: US swimmer, Anita Alvarez was rescued from the bottom of the pool after she fainted competing at the World Aquatics Championships in Budapest on Wednesday. The incident happened during the solo free final and was rescued by her coach Andrea Fuentes.

After completing her routine, the 25-year-old artistic swimmer sunk to the bottom of the pool. Anita who was not breathing caused a massive scare at the venue. Fuentes, without wasting any time jumped into the pool and managed to pull her to the top of the pool and bring her to the edge to get immediate medical attention.

Even on bringing up to the top, Alvarez remained unconscious and was put on a stretcher and taken to the medical centre inside the swimming premises. The spectators were shocked at the incident.

Rapid rescue.@AFP photographers Oli Scarff and Peter Kohalmi capture the dramatic rescue of USA’s Anita Alvarez from the bottom of the pool when she fainted during the women’s solo free artistic swimming finals at the Budapest 2022 World Aquatics Championships pic.twitter.com/8Y0wo6lSUn

“It was a big scare. I had to jump in because the lifeguards weren’t doing it,” Fuentes later told Marca.

The coach later spoke to the Spanish Radio and stated that Alvarez had fainted owing to the effort expended during her routine.

“She only had water in her lungs, once she started breathing again everything was OK,” she said.

“It felt like a whole hour. I said things weren’t right, I was shouting at the lifeguards to get into the water, but they didn’t catch what I said or they didn’t understand. She wasn’t breathing. I went as quickly as I could as if it were an Olympic final.” The coach informed that Alvarez planned to take a rest on Thursday and is still in the hope to complete on Friday after medical checks.

“Anita feels good now and the doctors also say she is okay. Tomorrow she will rest all day and will decide with the doctor if she can swim free team finals or not,” Fuentes said.