The researchers defined movement-based yoga as any form of yoga where participants are physically active at least 50% of the time, that is forms of yoga that emphasize holding poses and flowing through sequences of poses. LHEO, a gamechanger help to fight anxiety, depression in troubled times of Covid-19

Soumil Sehgal, the brain behind this App, says that he wanted to do something for the elderly and for those afflicted with mental problems like depression. Prime Minister Modi on Monday shared benefits of Yoga Nidra in a tweet and said he practices it once or twice a week and it relaxes the mind and reduces anxiety. Like everything else, stress too comes with a positive effect!

The lead researcher also said that the results could help practitioners enhance and design better interventions for targeting stress. Pariksha Pe Charcha 2020: ‘There’s no bigger problem than to not give an exam out of fear’, says PM Modi

The event will be held at Talkatora Stadium in New Delhi on the 20th of this month. Over 2000 students, parents and teachers will be participating from all over the country.

The event will be held at Talkatora Stadium in New Delhi on the 20th of this month. Over 2000 students, parents and teachers will be participating from all over the country. 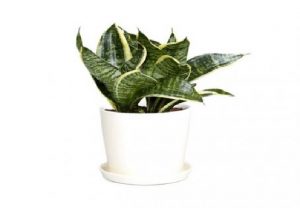 The researchers measured psychological stress in the participants using the State-Trait Anxiety Inventory. The ratio of the participants whose pulse rate lowered significantly after a 3-minute rest with interaction with their desk plant proved definitive.

Some researchers also believe that the loss of nerve impulses from the ear to the brain, and loss of cognitive ability leading to dementia, could be part of the same aging process.

Raksha Bandhan 2019: Upset with your sibling? Here’s how you can resolve feud!

To overcome the mental stress, "squeeze your fist and tighten your muscles. Hold till the count of 5, take deep breaths and as you release the fist imagine yourself letting go of the negative emotions,"

Do you know smartphones can cause stress, anxiety in children?

As the world becomes increasingly digital-savvy with smartphones becoming an integral part of our lives, one often tends to overlook the other side of the coin -- the harmful effects it poses for children.