The Ministry of Defence and the Armed Forces are working tirelessly to strengthen India's capacity and capability in winning war against the menace of COVID-19. Apart from this, the IAF flew over 140 sorties to ferry loads over 200 tonnes to locations across the country. 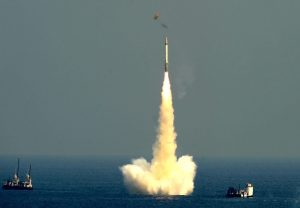 In 1998, India conducted nuclear tests under Phokran-II and in 2003, declared its nuclear doctrine based on credible minimum deterrence and an NFU policy while reserving the right of massive retaliation if struck with nuclear weapons first.

Next war will be won through indigenised weapons systems: Army Chief

Calling for joint research by Army officials and DRDO, he said: "In a joint project, the success and failures will become a joint responsibility and we will not start pointing fingers at each other."

DRDO officials have refused to comment on the matter. This is the second crash of a drone at the Challikere area, where the DRDO has a major testing facility. In February 2018, a small practice drone lost control and crashed while being tested at the Aeronautical Test Range.

This was the third successful test-firing of the 100 percent indigenous ATGM, which is being developed for the infantry battalions of the Indian Army, who would use them for taking out the enemy tank and other armoured vehicles during war times.

Chandrayaan-2 will explore a region of Moon where no mission has ever set foot. The spacecraft consists of an orbiter, a lander, and a rover together referred to as "composite body." The probe's total mass is 3.8 ton and is expected to land on the Moon's south polar region on September 6 or 7 this year.