Myanmar military says elections will be held after 1 year of emergency: Report According to the Goa state Election Commission (SEC), out of the total 48 Zilla Panchayat seats, 25 are in North Goa, while 23 are in the South. 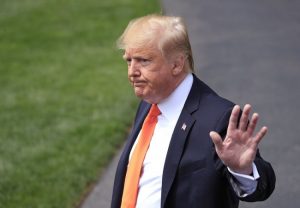 Amid allegations of electoral fraud by Trump, Georgia on Thursday finished its statewide audit of the closely contested elections, confirming Biden's victory over Trump, according to a news release from the Secretary of State's office. Congress and the Gupkar Gang want to take J&K back to the era of terror and turmoil: Amit Shah Buoyed by the favourable results in Manipur by-elections, Manipur CM Biren Singh on Monday, congratulated the BJP MLAs and workers for winning 4 out of 5 seats. In a series of tweets, Biden asked people to keep the faith, and added that there was a good feeling on his position. "Keep the faith, guys. We're gonna win this," he tweeted. To win the presidency, either Trump or Biden must acquire over 50 per cent of the electoral college vote, which is 538 in total. Therefore, each candidate must get a minimum of 270 electoral votes to clinch the presidency.