Pakistan to stay on FATF’s grey list till June 2020

Last year, under pressure after the FATF review, Pakistan formally banned Saeed's JuD and other associated organisations, after years of allowing them to operate freely across the country. 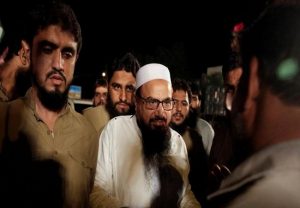 The progress of a FATF initiative to combat financial flows from the illegal wildlife trade, adopting guidance on digital identity, and developments in the financing of ISIL, Al-Qaeda, and affiliates are some of the issues to be discussed during the meeting.

Islamabad had been engaged in hectic lobbying in a last-ditch bid to influence the outcome in its favour. This year, Pakistan's all-weather ally China held the presidency of the FATF.

No relief for Pakistan, FATF to announce decision on ‘listing’ today

A Pakistani delegation led by Minister for Economic Affairs Hammad Azhar told the meeting that the country has made positive progress in 20 out of 27 points. The FATF expressed satisfaction on the measures taken by Pakistan and its progress in various areas.

The country was placed on the Grey List by the watchdog in June 2018 and was given 15 months to complete implementation of a 27-point action plan, failing which it be placed in the Black List.

To support terrorism is Pakistan’s state policy, FATF has created pressure on it: NSA Doval

"One of the biggest pressures that have come on Pakistan today is because of the proceedings of Financial Action Task Force (FATF), it has created so much pressure on them that probably no other action could have done," he said.

Sources reveal that a compliance report prepared by the Securities and Exchange Commission of Pakistan will be scrutinised in the presence of Pakistan's Minister for Economic Affairs Division, Hammad Azhar.

Khalil has been a strong supporter of Imran Khan and advocated for the latter's candidature as the Prime Minister of the country last year.