Balakot airstrike made it clear that terrorists can’t escape our forces: Rajnath Singh

On Wednesday, Chief of Air Staff, Air Chief Marshal RKS Bhadauria flew a sortie in MiG-21 of 51 Squadron with two Mirage-2000s and Sukhoi-30MKI from Srinagar airbase to mark the completion of one year of Balakot airstrike. 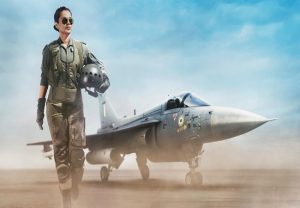 Indian Air Force ALH Helicopters carried out search & rescue operation at Niraq in Zanskar valley (Ladakh) & rescued 71 trekkers in last two days. The trekkers were on the famous 'Chadar Trek' when they got stranded due to sudden flooding in the river.

In December 2017, the IAF had issued a single-vendor tender to the HAL for procuring 83 LCA, but the negotiations and other related issues have been going on since then mainly due to issues over the price.

Ghaziabad's Loni (rural area) was placed in the top of the chart of the 108 most polluted cities in the country as per the Central Pollution Control Board's AQI figures, a day after stringent measures under the Graded Response Action Plan (GRAP) was implemented in the city to tackle the menace of air pollution.

Defence Minister Rajnath Singh flew a sortie on the newly inducted French-built Rafale fighter, which was formally handed over to India here on Tuesday.

Shortly before flying a sortie, Singh performed Shastra Puja (worship of weapons) on the auspicious occasion of Vijayadashami. Videos from the Dassault Aviation facility in France' Merignac show Singh writing an 'Om' on the jet and laying flowers and a coconut on it.