Mufti was released on October 14 after being in detention from August 5 last year following the abrogation of the special status of the erstwhile state. The Central Bureau of Investigation (CBI) is set to investigate the role of top leaders of the state in multi-crore land grab case. Role of a former J&K Chief Minister will also be investigated, reports said. According to Border Security Force (BSF) sources, two drones came from the direction of Pakistan and crossed International Border in Samba sector of Jammu and Kashmir at around 6 pm on Friday. The government of India stands firm and resolute in taking all necessary measures to safeguard its national security in the fight against terrorism, said sources. Dynastic politics ruined J&K, BJP committed to bring it on path of prosperity: Naqvi campaigns for DDC polls in J&K

Naqvi said that “Gupkar Declaration” will prove to be “Dying Declaration” for “Dynastic and Destructive Politics” of the Congress and alliance in Jammu-Kashmir. “The stand of Cong is not clear on Gupkar alliance as well as Jammu and Kashmir. 'Congress Ka Haath , Algavvad ke Saath (Congress is seen standing with the separatist forces)', CM Yogi took potshots at Congress 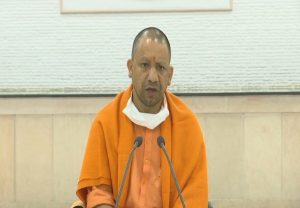 Congress' double standard has been exposed in J&K and they are responsible for not letting 'Ek Bharat, Shreshth Bharat' concept become a reality, UP CM Yogi Adityanath said Javed Choudhary, DDC Chairman, Block Kotranka who is also contesting the polls said that people are hoping for change and development in their area.