Meanwhile, according to a Sputnik report, the Pakistani government's aviation division has set up a four-member investigative team that will probe the deadly plane crash near the southern city of Karachi. 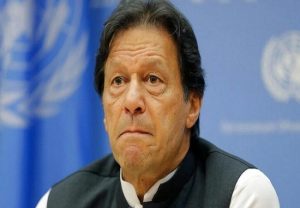 As the plane crashed in the populated area, the authorities have expressed concerns that there would be more casualties.

Pakistan: Protest held in Karachi against murder of Hindu girl

Islamabad has also reportedly been discriminating against its religious minorities which is manifested in various forms of targeted violence, mass murders, extrajudicial killings, abduction, rapes, forced conversion to Islam, etc., making the Pakistani Hindus, Christians, Sikhs, Ahmadiyyas and Shias one of the most persecuted minorities in the region.

Pak has no moral ground to plead Kashmir’s case if it is depriving own citizens’: Mohajir leader

Nusrat asserted that a global campaign will soon be launched to intensify its efforts in demanding the restructuring of Pakistan. The campaign will be in accordance with the true spirit of the 1940 Lahore Resolution and as per the aspirations of Mohajirs, Baloch, Pashtuns and people of Gilgit Baltistan.

Pakistan government opens President House to public for a day

New Delhi: The Pakistani government opened the highly secure palatial President House on Saturday for the general public as part of...

New Delhi: At least two police officials have been martyred in an attack near the Chinese Consulate General in Karachi’s...

New Delhi: Claims of poll-rigging has started gaining steam in Pakistan after five empty ballot boxes and over a dozen...

Karachi, Jan 16: Pakistani singer Atif Aslam recently stopped his concert mid-way to rescue a girl who was being harassed...