The Prime Minister to interact with chief ministers at 6.30 pm. The meeting will be held through video conferencing. During this rally, the echo of PM Modi's speech wasn't just limited to the ground. This echo was also seen on the social media platforms with the #ModirSatheBrigade trending on Twitter. Didi what can I do if the scooty is destined to fall in Nandigram?: PM Modi (Video)

“In this Assembly elections, there are TMC, Left and Congress, and their anti-Bengal attitude on one side. On the other side, there are people of Bengal,” PM Modi said 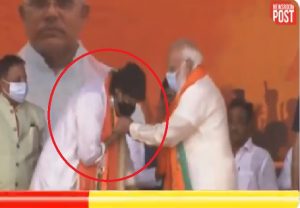 Chakraborty, 70, was a Rajya Sabha MP for the Trinamool Congress (TMC) for two years, before resigning. 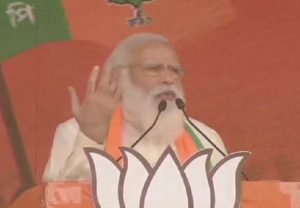 Launching a scathing attack on Chief Minister and Trinamool Congress chief Mamata Banerjee, Prime Minister Narendra Modi on Sunday said that West Bengal relied on her for ushering in a change, however, she broke the trust and insulted people of the state. 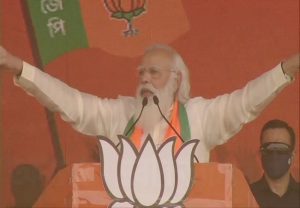 Bengal relied on Didi for change but she broke people’s trust: PM Modi

Addressing his first rally at Brigade Parade Ground after the announcement of the West Bengal Assembly poll schedule, the Prime Minister said there are TMC, Left and Congress on one side and people of West Bengal on the other side. The 25-year-old woman fell from the terrace of her in-laws home in Alipore and succumbed to injuries. She was compelled to take the extreme step because of inhuman treatment meted out to her at the matrimonial home. A case has been registered in the matter under sections 21(b)/29 of the Narcotic Drugs and Psychotropic Substances (NDPS) Act. The sessions will cover a wide range of topics from fakes and forgeries, collecting affordable art, to reinventing urban spaces with street art as well as the role of technologies such as data science and AIin the future of art.