On this day: Tendulkar became first man on planet to score double century in ODIs

Regarded as one of the greatest batsmen ever, Tendulkar holds the record of being the highest run-scorer of all time in international cricket, having notched up 18,426 runs in ODIs and 15,921 runs in Test matches. 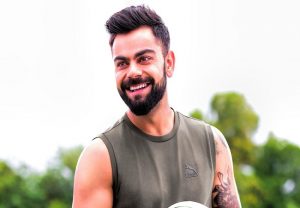 In terms of Indians with most number of followers, Bollywood actor Priyanka Chopra is on the second spot with 49.9 followers while Deepika Padukone is on the third place with 44.1 followers. As Tendulkar wins Laureus Sporting Moment, relive how the 2011 WC final went down!

46-year-old Tendulkar had made his debut for India at the age of 16 in 1989. He aggregated 34,357 runs across formats, which is 6,000 runs more than the second-placed former Sri Lanka cricketer Kumar Sangakkara. The hosts failed to chase down the score as they were bowled out for 170. Michael Kasprowicz starred for Australia as he took four wickets in his quota of four overs. Harmanpreet Kaur (14) and Arundhati Reddy (0) were sent back to the pavilion, reducing India to 118/6 in the 16th over. In the end, India capitulated and went on to lose the final by 11 runs. Play rock, paper, scissors instead of Super Over, jokes ICC

In the T20I series between India and New Zealand, the third and fourth match went into the Super Over, and the Men in Blue managed to come out triumphant both times. New Zealand managed to take wickets at regular intervals, and India was left dependent on Jadeja. Navdeep Saini who came out to bat at number nine provided support to the experienced Jadeja and the duo put on 76 runs.

On this day, Anil Kumble became second bowler to take all ten wickets in an innings

India had set Pakistan a target of 420 runs in the match and the visitors got off to a steady start as openers Shahid Afridi and Saeed Anwar put on 101 runs for the first wicket.