For the project, 201 acres of land has been allotted. It will be built at an estimated cost Rs 1195 crores, and is expected to be completed by mid of 2022, it added. PM Modi interacts with farmers after the release of Rs 18,000 crores as part of PM Kisan Samman Nidhi scheme

Prime Minister Narendra Modi on Friday released Rs 18,000 crores as the next instalment under the Pradhan Mantri Kisan Samman Nidhi scheme to over 9 crore farmers. PM Modi also interacted with farmers after the release of Rs 18,000 crores as part of PM Kisan Samman Nidhi scheme. Under the PM-KISAN Scheme, a financial benefit of Rs 6,000 per year is provided to the eligible beneficiary farmers, payable in three equal 4-monthly installments of Rs 2000 each through direct benefit transfer. PM Modi had appealed to citizens to come out to their balconies and clap their hands and clang utensils to express their gratitude to the medical professionals combating the coronavirus outbreak. According to Prime Minister's Office (PMO), he will also present the 'ASSOCHAM Enterprise of the Century Award' to Ratan Tata, who will receive the award on behalf of the TATA Group. Vijay Diwas is celebrated every year on December 16 to mark India's triumph in liberating Bangladesh from Pakistan in 1971.

In the 1971 war, India divided Pakistan into two pieces. This is one of India's biggest victories. A conspiracy is going on to confuse farmers, govt ready to clarify all doubts: PM Modi

Farmers are being misled about the new agrarian reforms. They are being told that others will occupy their lands. The agriculture reforms that have taken place are exactly what farmer bodies and even Opposition have been asking over the years, PM Modi said 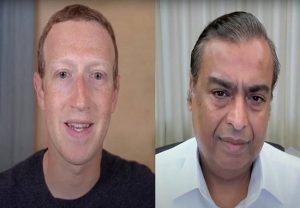 In the match of 20-20 we saw a lot of things changing rapidly. But 2020 baffled everyone. The nation & entire world saw a lot of ups & downs, said PM Modi