The majority of the apps banned in the June 29 order were red-flagged by intelligence agencies over concerns that they were collecting user data and possibly also sending them "outside". 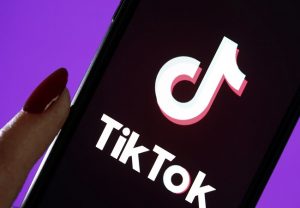 “In process of complying” with government, says TikTok India

This move will safeguard the interests of crores of Indian mobile and internet users. This decision is a targeted move to ensure safety and sovereignty of Indian cyberspace. if you chose to kill time on tiktok, you must have come across ongoing feud, 'Youtube Vs Tik Tok'. Tik Tok is known for its cringe videos and it is everywhere. Nobody can ignore it. A week ago, one of the youtube creators made ''roast video' For the ‘Corona feast’, they brought rice, meat and other ingredients at a farmland in Veeranam region. They cooked the food there and feasted sitting close to each other. Ever since the Coronavirus had hit the world there is thousands of videos were posted on TikTok where many Muslim users had made various claims like the Coronavirus is the NRC of Allah, that if one prays to Allah regularly then the virus can’t attack them etc.

In the video, the bridegroom in question can be seen jumping at the ‘marriage mandap’.

The "Safety Centre" aims to educate users about protection measures while using the platform and is now available in Hindi, Telugu, Tamil, Gujarati, Malayalam and Punjabi, among other languages.

From Salman Khan to Anushka Sharma, celeb lookalikes have taken over the Internet. After Anushka's uncanny resemblance with singer Julia Michaels amazed fans, a girl acing Alia Bhatt's dialogue from Gully Boy is breaking the Internet.