New Delhi: Centre has released over 890 crore rupees as the second installment of the COVID-19 Emergency Response and Health...

In the guidelines, it has been advised to avoid large congregations and solicit participation of Covid-19 warriors, health workers, sanitation workers in the flag hoisted ceremony. Faesal was detained on August 14 last year, a week after the scrapping of special status of Jammu and Kashmir. World Bank also said that the billion-dollar social protection package was in addition to the previous package of USD 1 billion allocated to India for COVID-19 emergency response and health systems. 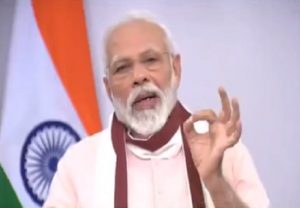 Modi held a video conference meeting with Chief Ministers of all states to discuss the road ahead in India's fight against COVID-19 and noted that he was of the firm view that measures needed during the third phase of lockdown will not be needed in the fourth phase. 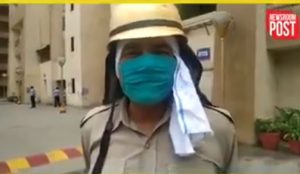 Firefighters playing an important role in the battle with Corona, continuously serving the country without leave In a tragic mishap last week, at least 16 migrant labourers were killed, and several others were injured, when a goods train ran over them between Jalna and Aurangabad in the Nanded Division of South Central Railway in Karmad police station area of the Aurangabad district.

The Indian government on Monday scrapped Article 370 of the Constitution that accorded special status to Jammu and Kashmir and barred people from the rest of the country from buying property there. The BJP-led Centre also passed a bill converting Jammu and Kashmir into a Union Territory with a legislature, while hiving off Ladakh as a separate Union Territory without legislature.