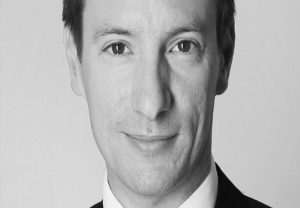 PM’s Address to the UN continues to Reverberate

At the UN address, PM Modi raised pertinent question, how can a decision-making body like UN ignore aspirations, wisdom, and immense contribution made by the country with 18% of population in the world?

Speaking at UNGA, PM Modi asked as to how long India with its unique contribution to the UN will be "kept out of the decision-making structures" of the world body.

The annual session of United Nations (UN) General Assembly will begin in New York on September 21 commemorate the 75th anniversary of the United Nations. Pakistan Mission to the UN had put out the statement yesterday in a tweet pretending that it was delivered even though its Ambassador did not speak at the session on terrorism.

The 26th report of the Analytical Support and Sanctions Monitoring Team concerning ISIS, al-Qaida and associated individuals and entities said that Al-Qaida in the Indian Subcontinent (AQIS) operates under the Taliban umbrella from Nimruz, Helmand and Kandahar Provinces. The ECOSOC was established as one of the six principal organs of the United Nations and is mandated to offer direction to, and undertake the coordination of, the economic, social, and cultural activities of the United Nations, with responsibility for advancing international economic and social cooperation and development.

US to officially withdraw from WHO, latter to lose biggest contributor of funds

Trump administration has sent a notice to the UN Secretary General Antonio Guterres in this regard, apparently over its ‘sidestepping’ of US concerns and the world body’s ‘collusion with China’ for taking too long to declare Coronavirus a global pandemic.