Montreal [Canada]: Compared to business-as-usual, international air passenger totals could drop by as many as 1.2 billion travellers by September 2020, according to the latest projections from International Civil Aviation Organisation (ICAO).

Its estimates also show that international capacity could drop by as much as two-thirds from what had been forecast for the first three quarters this year, leading airline revenues to drop by as much 160 to 253 billion dollars for the January to September period.

Europe and the Asia Pacific will be hardest hit by the capacity and revenue impacts followed by North America, said the United Nations agency for civil aviation Similarly, the most substantial reduction in passenger numbers is expected to be in Europe, especially during its peak summer travel season, followed by the Asia Pacific.

Because air connectivity is so critical to economic and sustainable development in every world region, ICAO said this information is of critical importance to the many national governments and regional organisations now planning for their COVID-19 economic recoveries. 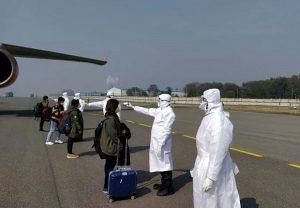 Under a V-shaped path (a first sign of recovery in late May), there could be an overall reduction ranging from 41 to 56 per cent of seats offered by airlines and overall reduction of 705 to 963 million passengers, leading to 160 to 218 billion dollars potential loss of gross operating revenues of airlines.

Under a U-shaped path (restart in third quarter or later), there could be overall reduction ranging from 57 to 67 per cent of seats offered by airlines and overall reduction of 961 to 1.11 billion passengers, leading to 218 to 253 billion dollars potential loss of gross operating revenues of airlines.

A specialised agency of the United Nations, ICAO was created in 1944 to promote the safe and orderly development of international civil aviation throughout the world. It sets standards and regulations necessary for aviation safety, security, efficiency, capacity and environmental protection among other priorities.

The organisation serves as the forum for cooperation in all fields of civil aviation among its 193 member states. India is among the member states.(ANI)

Advertisement
Related Topics:COVID-19ICAOInternational Air
Up Next