New Delhi: South star Mahesh Babu, whose latest film Sarkaru Vaari Paata will be set to release on May 12, attended the trailer launch party of his production venture Major expressed satisfaction that the boundaries of what represents Indian cinema have “blurred” with the blockbuster performances of Telugu films all across the country.

The actor-producer, who has become one of Telugu cinema’s biggest stars thanks to his films Businessman, Srimanthudu, Bharat Ane Nenu, Maharshi, and Sarileru Neekevvaru, stated that rather than positioning himself as a pan-India actor, his primary objective was to make a film from the South a countrywide success. 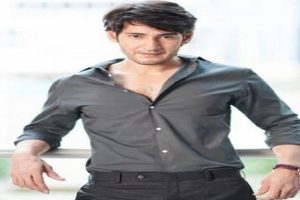 “I’ve always hoped to create Telugu films and wanted that people in India would watch them.” And now that it’s happening, I’m very happy. “Today the feeling is so powerful, films are becoming so big that the boundaries have clouded and it has become Indian movie theatre,” Babu said at the launch event of his forthcoming production venture Major.

The 46-year-old actor stated that he has received numerous offers from the Hindi film industry, but he does not feel compelled to accept any of them. “I may appear arrogant, but I did receive numerous offers in Hindi. But I believe they cannot afford me. I don’t want to fritter away my time. I never considered leaving Telugu cinema because of my stardom and love for the industry.

I’ve always imagined doing films here and seeing them grow in popularity, and that dream is now becoming a reality. I couldn’t be happier “He continued.

OTT releases: Add these movies, series streaming on Netflix, Prime, Hotstar to your binge-list for this week; Check inside