Check out some unseen photos of Ahan shetty

Suniel Shetty’s son Ahan Shetty is set to make his debut with Tara Sutaria in the upcoming outing ‘Tadap.’ The movie will hit the big screens on September 24, 2021.

Celebrity Predictions: Will Tiger Shroff roar again in 2021 with Ganäpath and Heropanti 2?

Tiger Shroff is best known for his commercially successful action films Baaghi (2016) and its sequel Baaghi 2, and War (2019). One of the highest-paid actors in India, he has featured in Forbes India's Celebrity 100 list since 2018. Along with the release date and other details, a poster of the film was also dropped which piqued the curiosity of the audience. 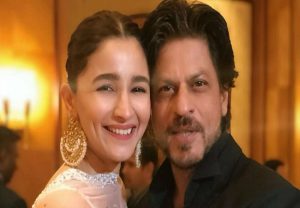 "Life is tough Darlings, but so are you....both! Unleashing our #Darlings onto the world....Caution is advisable. PS: yeh comedy thodi dark hai...," tweeted SRK. In November 2020, Javed Akhtar filed a complaint against Kangana Ranaut over her statements made in an interview.

She celebrated the 6-year anniversary by sharing a video. In the video, she is giving a tour of parts of the house where 'Dum Laga Ke Haisha' was shot. Actors and larger-than-life personalities, whose every action is followed and emulated by common people. But is it because of their background, hard work and drive. No, a Big No. It has also got to do with luck, timing and destiny. Here is an Astro note on South Indian actors which are likely to excel in year 2021. Mumbai Saga TRAILER: John Abraham wants to RULE at all costs Vs Emraan Hashmi-The one who wants to STOP him

Mumbai Saga TRAILER: John Abraham wants to RULE at all costs Vs Emraan Hashmi-The one who wants to STOP him In today’s video, Rakhi’s mother informs that she has already undergone 2 chemotherapy sessions and is required to go few more before the real treatment begins for the dreaded disease.

Celebrity Predictions: Can Shahid Kapoor continue his blockbuster streak with ‘Jersey’ in 2021?

"His next movie Jersey releasing in Diwali 2021 will win him great accolades and also a box-office success. He should sign projects that will elevate his stardom after the blockbuster success of 'Kabir Singh'," predicts Bollywood Astrologer Hirav Shah.