Cyber security is a very important issue for India, and it is necessary to have strong cyber security laws and regulations. Strategic moves by Modi government towards economic welfare of India

PM Modi launched the campaign to attract foreign investment and build the Brand India. The essential objective behind this strategy was to make India a worldwide assembling center by empowering both global and homegrown organizations to make their products inside the country. 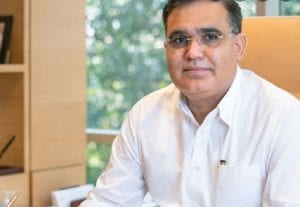 "One of the critical messages of PM Modi throughout his tenure has been focus on outcomes and deliverables. As business leader, it gives me a great sense of satisfaction that the executive is moving towards accountability towards its citizens," says SK Narvar. In September 2011, the HC brought down the land reforms in the state under which outsiders were denied from purchasing more than 250 square meters of agribusiness land. The initial phase of Covaxin's human clinical trial enrolled almost 2,000 people. After the successful trial on January 16, India began administering vaccines to frontline employees and those over the age of 60.

Urban-Rohingayas: The nexus that needs to be exposed

Urban-Rohingayas are not only anarchist but are intellectual militants of leaning of Marxist-Maoist-Leninist Ideology. They spread terrorist ideas to create anarchy. Emergency: A Stigma on Indian Republic

Emergency is one of the most controversial periods of independent India's history. Several other human rights violations were reported from the time, including a mass level forced sterilization campaign spearheaded by Sanjay Gandhi, the Prime Minister's son. The most well-documented pandemics in history is the Spanish flu which started in 1918 and is believed to have infected 500 million people, a little less than one-third of the population. It killed approximately 50 million people.