The Padma Shri Awardee shared a couple of pictures in the post featuring his daughter and a family selfie. He wrote, “And she turn 9 today…!!!love you, Ava, to eternity always!!! It’s our marriage anniversary too!!! Celebrating life!! Forever thankful for our blessings!!!” 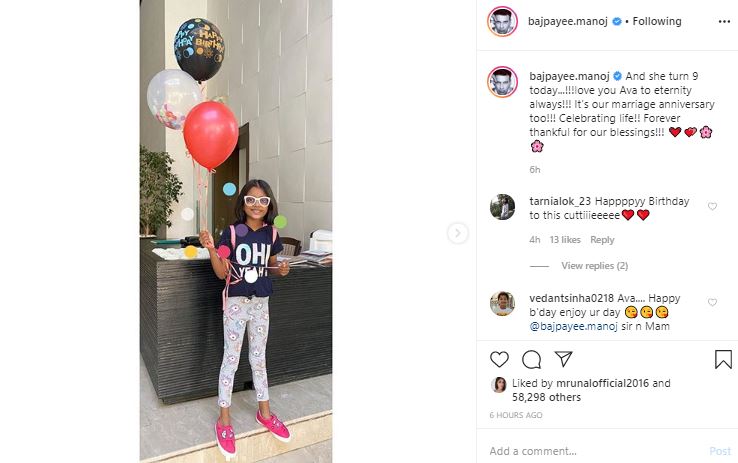 In the first two pictures shared by the 50-year-old actor, Ava is seen in party mode as she holds balloons in her hands, while in the second picture the birthday girl is seen posing along with huge birthday presents. 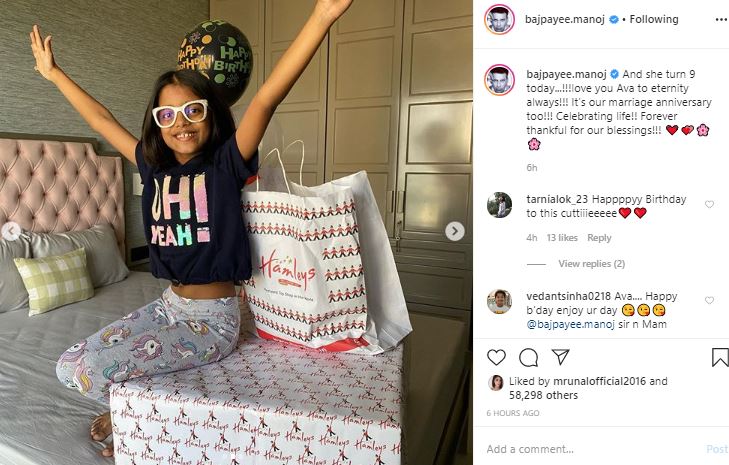 The third picture captures a lovely family moment where Manoj is seen along with wife Neha and daughter Ava as they smile looking at the camera. 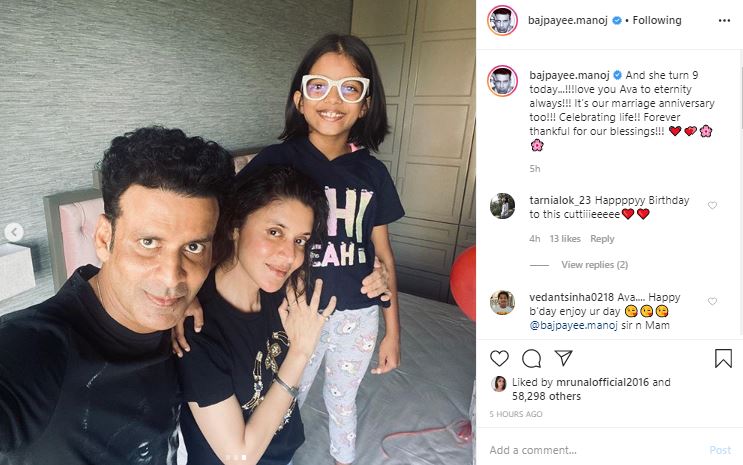 On the work front, Manoj was last seen in 2019 film ‘Sonchiriya’ alongside Sushant Singh Rajput, Bhumi and Pednekar and Amazon’s web series ‘Family Man’. The actor is now gearing up for ‘Suraj Pe Mangal Bhari’, that will also feature Fatima Sana Shaikh and Diljit Dosanjh. (ANI)