Mumbai (Maharashtra): Megastar Priyanka Chopra Jonas who recently released her memoir titled ‘Unfinished’ on Friday penned a note of thanks for her fans as the book has got featured in the best-seller list of ‘The New York Times’.

The ‘White Tiger’ actor took to Instagram and shared a short clip that featured the cover of her book ‘Unfinished’. The video also featured some pictures that showcase some of the pivotal and candid moments from her life.

Along with the video, the ‘Baywatch’ star penned down a note of thanks to her fans.

“Soooo this happened…in less than a week… The New York Times Best Sellers list!!Thank you so much to everyone who has supported #Unfinished. Endlessly grateful,” wrote Chopra.

Celebrity followers including veteran actor Neena Gupta and more than 67 thousand fans liked the post, while many congratulated the ‘Isn’t It Romantic’ actor in the comments section.

On the work front, the ‘Bajirao Mastani’ star was last seen opposite Rajkummar Rao in the screen adaption of Aravind Adiga’s Man Booker Prize-winning novel, ‘The White Tiger’. 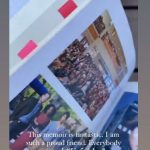 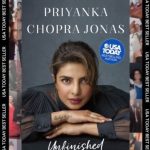 Directed by Ramin Bahrani of ‘Fahrenheit 451′ and ’99 Homes’ fame, ‘The White Tiger’ has been executive produced by Priyanka along with Emmy award-winning filmmaker Ava DuVernay. Priyanka will also feature in the upcoming romantic drama ‘Text for You’, directed by Jim Strouse.