Directed by Ramin Bahrani of 'Fahrenheit 451' and '99 Homes' fame, 'The White Tiger' has been executive produced by Priyanka along with Emmy award-winning filmmaker Ava DuVernay. Priyanka will also feature in the upcoming romantic drama 'Text for You', directed by Jim Strouse. The 'Fashion' actor also went on to share how she has always had an "urge," to do something that had never been done before. 'The White Tiger' TRAILER : The film is directed by Ramin Bahrani and will release on Netflix in January 2021. 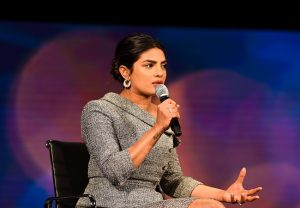 The esteemed film festival will be opting for digital screenings and virtual red carpets in the wake of the coronavirus pandemic. The festival is scheduled to kick off from September 10 to September 19, 2020. "Reeling from what I'm hearing. Absolutely stunned, sad, and angry. No human being deserves such brutality, whatever be their crime," said Priyanka 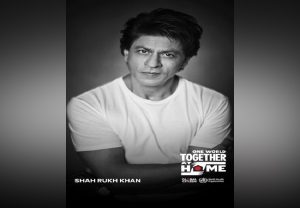 The global event 'One World: Together At Home' is a one-night multi-hour digital broadcast event that has been curated by American singer-songwriter Lady Gaga. The mega event will be hosted by Jimmy Fallon, Jimmy Kimmel and Stephen Colbert. The international awards season has officially started with the Golden Globes 2020. Gathering to celebrate and award some of the finest performances of the year gone by, the Golden Globe this year has a starry turn out with names like Brad Pitt, Leonardo DiCaprio, Scarlett Johansson, Helen Mirren, Rami Malek, Joaquin Phoenix and many more in attendance. While the red carpet was a starry event, we couldn’t keep our eyes off the couple that has our heart, Priyanka Chopra and Nick Jonas. Priyanka Chopra and Nick Jonas attended the Vanity Fair Awards season celebration last night in LA. The couple made quite the style splash at the red carpet with their well-thought looks. Complementing each other in coordinated looks, Priyanka and Nick were a sight for sore eyes. Stunning in an ensemble by Elie Saab, Priyanka attended the event wearing a Victorian cape caller black blouse with a shimmer blue skirt. She tied her hair up in runway bun and finished the look with a pair of statement golden earrings. Playing the perfect arm candy for his lady, Nick sported a deep eggplant hued velvet suit with an indigo turtleneck.

Parineeti Chopra is currently working to get into the shoes of ace shuttler Saina Nehwal for her next film based on the athlete.