The delta ranking signifies the efforts undertaken by the state government to develop and improve the under-developed districts. 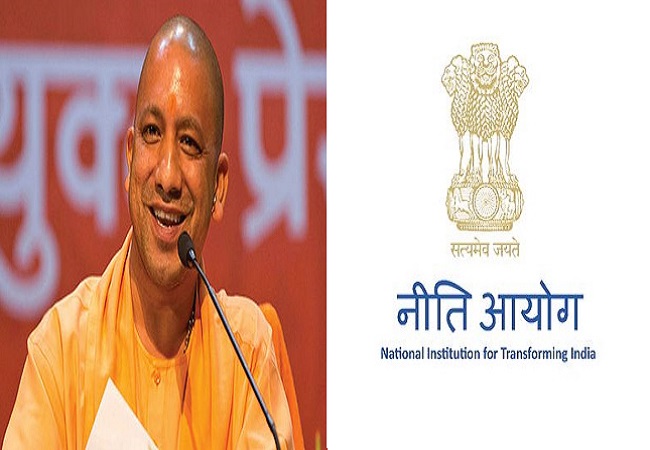 Lucknow, Oct 13, 2021: In what comes as an encouraging development for the Yogi government, as many as 7 districts of Uttar Pradesh have secured rank in the top 10 best-performing aspirational districts in the ‘delta ranking’ released by the government think tank NITI Aayog for the month of August 2021.

As many as 112 districts across the country have been included in the NITI Aayog’s ‘Transformation of Aspirational Districts’ Programme which is assessed based on incremental progress made across 49 Key Performance Indicators (KPIs) under 5 broad socio-economic themes – Health & Nutrition, Education, Agriculture & Water Resources, Financial Inclusion & Skill Development and Infrastructure.

Balrampur among top-ranking districts in education:

The districts namely, Siddharthnagar, Bahraich, Sonbhadra, Shravasti, Fatehpur, Chitrakoot and Chandauli have been placed in the top-10 districts. The ranking was released by NITI Ayog through its real-time monitoring dashboard championsofchange.gov.in. The delta ranking signifies the efforts undertaken by the state government and the respective district magistrates to develop and improve the under-developed districts.

Among the eight aspirational districts of Uttar Pradesh, Chitrakoot and Bahraich have excelled on the standards of NITI Aayog. As a result, the NITI Aayog has allocated an additional budget to these districts for development works. In the Overall Delta Ranking of NITI Aayog, Chitrakoot has secured the fifth position in the country on many parameters including education, health, nutrition.

Fatehpur, working on the set standards of NITI Aayog, has achieved second place in the field of development in the whole country. Followed by Siddharthnagar at the third place, Sonbhadra at fourth, Chitrakoot at fifth, Bahraich at seventh, Shravasti at eighth and Chandauli at ninth. It is worth mentioning here that Prime Minister Narendra Modi had launched the Aspirational Districts Programme in January, 2018 as part of the Government’s effort to raise the living standards of its citizens and ensure inclusive growth for all, ‘Sabka Saath Sabka Vikas aur Sabka Vishwas’. The programme aims at development of backward districts.

The ranking of aspirational districts is done every month.