New Delhi: Women’s health has long been one of the neglected areas of medical research. Hysteria was the most prevalent diagnosis for symptoms such as anxiety, shortness of breath, fainting, nervousness, sexual desire, insomnia, fluid retention, heaviness in the belly, irritability, and lack of appetite for food or sex for the longest time. Women’s complaints would be ignored on the basis that they were simply acting out. This is a tradition that has persisted; in fact, when it comes to women’s health, we have only made minor progress in the last few decades, if not centuries.

My gynac told me I was experiencing severe pain during periods bc I am “mentally weak” after learning my diagnosis of depression.
I left her office feeling anxious triggered & ashamed. I do not think she realises the damage she has caused. #LivedExperiencesMatter

So most of it can be attributed to gynaecologists around the country making hasty diagnoses. While there are many concerns that need to be addressed, we will focus on one in particular, a difficulty that every Indian woman who has been sexually active faces when she visits a gynaecologist.

It’s the misconception that single women don’t have sex!

There is still a stigma against sex and a strange obsession with virginity that is to blame for some significant medical malpractice that can and does cause health problems in women.

Y’all talking about how accessible sexual health services are in India when I’m a cis-woman in a metro city whose every gynaec visit has consisted of doctors unwilling to even question if I have an active sex life. Healthcare is barely available and where it is, it’s inaccessible

My last gynaec was full of judgment because due to my being an unmarried woman, she refused to check me for a UTI despite my reassurance of it being okay. The assumption of morality and virginity is so rampant in India that going to a gynaec is just never worth it https://t.co/yTyh3HszlX

Second, motherhood is a national obsession in this country. So much so that in India, gynaecological treatment is always associated with pregnancy. While we wax eloquent about having access to abortion in comparison to the United States, the reality is that doctors will treat you with a preference for the health of your foetus, which may be at the expense of your own health.

I got a patient ear, and more initiative and knowledge and help from a dermatologist than gyanecologists for a recurring infection. All I learned struggling from one gynaec to another, is that most of them in India are in the business of childbirth. Not women’s health.

Why is gynaecological health always about pregnancy in India? Given that many Indian women encounter a gynaec only during their pregnancy but this is precisely why gynaecological public initiatives should go beyond pregnancy. #womenshealth

Even when it comes to pregnancy, there is little discussion about post-partum depression, which is strange in a culture preoccupied with having children and worshipping mothers.

But we’re getting away from the topic a little. Why are there no sex positive gynaecologists in India? You completed an MBBS programme. You’re a specialist in the field, right? What is sex such a taboo subject for you? It is not necessary to be married to have sex. 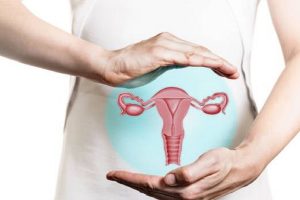 According to a 2018 report, the peak age of first sex for women is 15-19 years old. In our nation, sex is already treated with such reverence, as if the entire family’s honour is enshrined in a woman’s vagina, and having sex before marriage simply kills it. In our country, women are murdered for less. To begin with, there aren’t many safe areas for them. 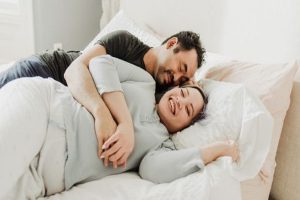 An OB/GYN is expected to give that secure space for them to discuss sex, be informed, alert, and avoid STDs, pregnancies, and UTIs, among other things.

After colleagues went out for drinks without her, the woman won Rs 72 lakh: Read