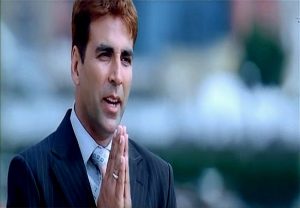 Akshay took to twitter and wrote, "It is heartening to know that the construction of our Sri Ram's magnificent temple in Ayodhya has begun... Now it is our turn to make contributions. I have started, hopefully you will also join with. Jai Shri Ram." Ram Temple Fund Collection: Coupons worth Rs 1,000, Rs 100 and even Rs 10 will be sold in the donation drive. The idea is to get contributions from even the poorest for which Rs 10 coupons will be sold. Those who fired upon bhakts are now saying ‘Lord Ram belongs to all’: CM Yogi tears into former CM (VIDEO)

“Previous governments wanted to keep all issues unresolved. Those who used to say that Ram is an imagination, those who used to fire upon bhakts & say Ram does not exist, are now saying that Ram belongs to everyone. This is what we have always said,” CM Yogi said in Gorakhpur. Ayodhya Parikrama route set for makeover, many locations to be refurbished

Ayodhya Parikrama route set for makeover: A mega beautification drive will be launched under which 84 and 14 kosi Parikrama and all such places coming in Panchkosi Parikrama, along with shelters for the pilgrims will be renovated. Ayodhya gears up for Ramayan Cruise Service, will be no less than ‘divine journey’ for devotees

The fully air-conditioned 80-seater cruise will have large glass windows for experiencing the scenic beauty of Ghats. The interiors of the cruise and the boarding point will be based on the theme of Ramcharitmanas. Ayodhya became witness to a rare, exhilarating and a never-before experience on November 13 as a record 6.06,569 earthen lamps were lit up in Awadhpuri, the land of Ram, leaving everyone dazed and ecstatic. "Representatives of the Guinness Book of World Records witnessed this grand festival. With 5,84,372 earthen lamps, the event made the world record," a state government statement said.

Deepotsav celebrations began in the holy city of Ayodhya today, in presence of Uttar Pradesh Governor Anandiben Patel and Chief Minister Yogi Adityanath. The scene of `Tretayuga’ came back to life again as Lord Ram, along with Goddess Sita and Laxman touched the grounds of holy city on `Pushpak Viman’ after completing 14 years of exile. Representatives of the Guinness Book of World Records witnessed this 'grand festival' put up by the Uttar Pradesh government and finally put together such a large number of lamps in one place to be the new world record. Ayodhya Deepotsav: The scene of `Tretayuga’ came back to life again as Lord Ram, along with Goddess Sita and Laxman touched the grounds of holy city on `Pushpak Viman’ after completing 14 years of exile.