"This is the golden moment for me, for which I have been waiting for a long time. Nadda ji and my friends knew I was waiting for this. I never left ideology. The nation was above everything for me. Every person believes that PM Narendra Modi and BJP will keep the nation secure," Trivedi said. "Today, we are releasing a list of 291 candidates, which includes 50 women, 79 SCs, 17 STs and 42 Muslim candidates. On three seats of north Bengal, we are not putting up our candidates. In three seats -- Darjeeling, Kalimpong and Kurseong -- GJM will contest the elections and whoever wins will support us," Mamata said. "I will contest from Nandigram as I stick to my words. From Bhowanipore constituency, Sobhandeb Chattopadhyay will be contesting in the upcoming Assembly elections," Mamata said while announcing candidate names. 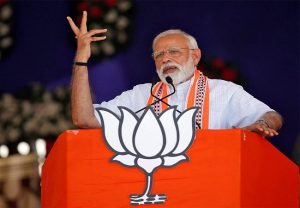 TMC minister, addressing a group of people in a mosque, promised that Mamata government will raise the stipend of Imams. According to TV9 Bharatvarsh, the TMC leader also sought to incite passions of people by raking up 2002 Gujarat riots. "Bengal govt has decided to procure adequate number of vaccines. We would request you to kindly take up the matter with appropriate authority, so that State Government is able to purchase the vaccines on top priority, because we want to provide vaccination free of cost to all the people," Banerjee wrote. A couple of social media users are claiming that the Home Minister facing farmers ire over agri laws fell off while ‘escaping from the spot’. However, there is not an iota of truth in this claim. In a tweet in Bengali and English, PM Modi said, "Tomorrow evening, I would be in Haldia, West Bengal. At a programme there, will dedicate to the nation the Liquefied Petroleum Gas (LPG) import terminal built by Bharat Petroleum Corporation Limited (BPCL). Will also dedicate to the nation Dobhi-Durgapur Natural Gas Pipeline section of the Pradhan Mantri Urja Ganga project." Death threat to former TMC MLA from Santipur, Arindam Bhattacharya comes after he switched sides and joined the BJP in the presence of national general secretary Kailash Vijayvargiya and other leaders.