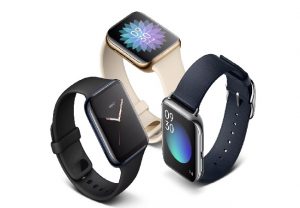 The Oppo Watch comes with support for eSIM for independent communication. It is powered by ColorOS and is NFC enabled. As the official website notes, it supports voice-enabled 'Breeno' AI assistant and comes with a heart rate and sleep monitor.

The development has come as a surprise given that Amazon had been considered a front-runner to win the contract, while Microsoft was considered in the lead for other government cloud programs, including an intelligence contract.

Instagram rolls out new camera with ‘Create’ mode for Stories

In the Create mode, users can also use a GIF as a background for the next Story post. The camera upgrade is now live for everyone.

FTC alleges that Facebook failed to protect confidential data of its users from prying third parties, service ads, and lying to users that its facial recognition software was turned off by default, The Verge reports.

Dropbox Transfer with up to 100GB data limit goes in beta

As Engadget reports, Dropbox Transfer allows you send up to 100GB of files in one go, which is significantly higher than alternative services such as WeTransfer, Hightail, and Mediafire. Some of the features of Dropbox Transfer include delivery confirmation, easy access to files stored on Dropbox