President Donald Trump orders withdrawal of National Guard from Washington DC, says “everything is under control”

How come Wuhan, where it started, was in very bad trouble, but it did not go to any other parts of China," said Trump during a press conference. On Sunday, as many as 40 cities and Washington D.C. across the United States have imposed curfews in response to the continuing protests against the death of African-American man George Floyd in police custody. White House spokesperson Alyssa Farah said that Trump wants to bring other traditional US allies as well as those impacted by coronavirus and to talk about the future of China.

The move, first reported by the New York Times ahead of Trump's announcement, is estimated to influence at least 3,000-5,000 Chinese students. The US President dubbed the newly passed law as a "tragedy" for the people of Hong Kong, China and the world. He said that China has broken its word over Hong Kong's autonomy.

US President Donald Trump terminates relationship with WHO over coronavirus, takes action against Hong Kong

He further said US will be redirecting funds intended for WHO to other organisation working on public health needs. 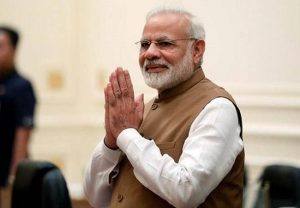 In last one year, PM Modi got effusive praise from all quarters. From US President to WHO chief to billionaire Bill Gates...all admired PM Modi for India’s exemplary role in combating the menace.