PM Modi not in ‘good mood’ about ongoing border situation with China: Trump

Trump previously offered to mediate between India and Pakistan on the Kashmir issue, a proposal which was rejected by New Delhi. No talks between Prime Minister Modi and Trump on Ladakh: Sources

This is in contradiction with the US President's claim that "PM Modi not in a good mood" over Ladakh issue. That order would direct an agency within the Commerce Department to file a petition with the Federal Communications Commission (FCC) to clarify the scope of Section 230, a proposition that has already drawn rebukes from Democratic members of the commission. America’s 15 lakh coronavirus cases is a ‘badge of honour’, says US President Trump

Trump was responding to a question about whether he was considering a travel ban on Latin America, Brazil in particular. Trump threatens to cut off permanent funding for WHO, reconsider US membership

"I cannot allow American taxpayer dollars to continue to finance an organisation that, in its present state, is so clearly not serving America's interests," said Trump 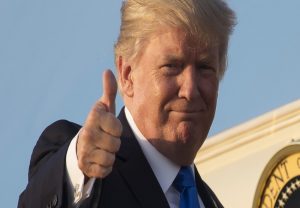 Trump says he has been taking Hydroxychloroquine despite FDA warning

The Food and Drug Administration (FDA) warned against its usage outside of a hospital setting, last month, just weeks after it approved an emergency use authorisation for the drug.

In April, the daily increase in the coronavirus cases in the US was around 36,000 which has since come down, Sputnik reported.