Infosys said its Q4 20 digital revenues at 1.34 billion (41.9 per cent of total revenues) marked year-on-year growth of 31.7 per cent and sequential growth of 2.6 per cent in constant currency.

Bengaluru (Karnataka): A case has been registered against an Infosys employee in Bengaluru for a shocking social media post urging... 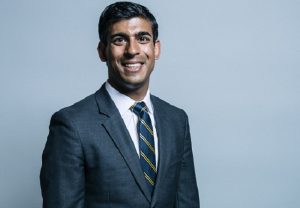 The 39-year-old is set to move into No. 11 Downing Street, next door to the Prime Minister's Office as he takes charge of the second most important government position as the finance minister.

Zee Entertainment dropped by 3.4 per cent after the company posted 38 per cent drop in consolidated net profit during the third quarter (October to December) to Rs 349 crore from Rs 562 crore in the same period last year. Coal India, ONGC, Power Grid Corporation and NTPC witnessed losses between 2.7 and 3.2 per cent.

Equities downbeat on trade worries, Nifty IT down by over 2 pc