Mumbai Indians all-rounder Krunal Pandya has been stopped at Mumbai International Airport by the Directorate of Revenue Intelligence (DRI) over suspicion of being in possession of undisclosed gold and other valuables while returning from UAE. IPL 2020 final: Mumbai Indians Vs Delhi Capitals… Who will win title, which side is better poised for epic battle?

Defending champions Mumbai Indians are in red hot form and are looking favourites to win their record-extending fifth IPL title. Hirav Shah says, "IPL 2020 has seen Chennai Super Kings and their ‘Dad’s Army’ been exposed in many departments. Injuries to key players like Ambati Rayudu and Dwayne Bravo, who are over 35 and close to 40 respectively, hampered the side at crucial times. "Eight years is a long time. It's not that Kohli isn't experienced. He captains India, he captains whichever team he plays for, but you've got to give results, you've got to deliver. Sport is all about delivering," Gambhir said. In a video from Virat's birthday bash, viral on social media shows the cricketer cutting cake and planting a kiss on Anushka’s forehead and then hugging her. The two were accompanied by RCB players for the celebration. Watson confirmed that the IPL match between Kolkata Knight Riders (KKR) and Chennai Super Kings (CSK) on October 29 was his last game of cricket. 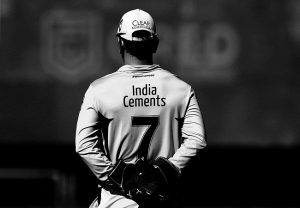 During the toss between CSK and KXIP, commentator Danny Morrison asked Dhoni whether the match against KXIP will be his last for CSK, and to this question, Dhoni replied: "Definitely not".