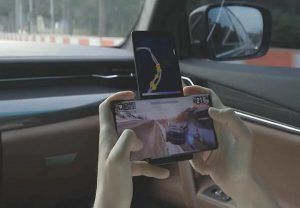 The device will support 5G, have a triple-rear camera array with a 64-megapixel main sensor, and will run on a Snapdragon 7-series processor.

The first device in this line-up will likely be a dual-screen smartphone reportedly code-named LG Wing, with a swivelling secondary display that flips out to the side. On Monday, Baijal, who is the Chairperson of Delhi Disaster Management Authority (DDMA), directed authorities in the NCT of Delhi to ensure that treatment is not denied to any patient on grounds "of being a non-resident of the national capital". Pradhan informed that the NDRF team which is specialised in chemical, biological, radiological disaster is in the fifth battalion from Pune and it is being flown from Pune to reach the site.

Given the ongoing COVID-19 pandemic, sales are expected to decline. LG estimates it to be 1.2 per cent lower than the same quarter last year with operating income increasing 21.1 per cent year-on-year. AAP vs Centre: ACB remains under Centre, larger SC bench to decide on who controls ‘services’

The Supreme Court on Thursday delivered a split judgment on the tussle between the Lieutenant Governor and the Delhi government on the regulation of services in the national capital. However, it agreed on Centre having control over the Anti-Corruption Branch (ACB) in Delhi.

New Delhi: The war of words between Puducherry’s chief minister V Narayanasamy and Lieutenant Governor Kiran Bedi got a fresh...

Seoul: LG Electronics on Sunday said it will sell the super-premium version of the V35 smartphone, priced at a $1,830,...