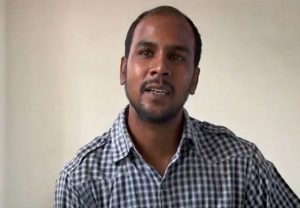 The request was made in the backdrop of a probe conducted by the Uttar Pradesh Police which found PFI's involvement in the violent protests against Citizenship (Amendment) Act and National Register of Citizens (NRC) that took place on December 19.

Ministry of Home Affairs has sanctioned a sum of Rs 100 crores from Nirbhaya Fund for setting up/strengthening of Women Help Desks in Police Stations. This scheme would be implemented by the States and Union Territories.

The Home Minister touched all aspects and issues including the National Register of Citizens (NRC), Abrogation of Article 370, etc.

Sindhu became the first Indian to win a World Championships gold medal by defeating Japan's Nozomi Okuhara 21-7, 21-7 in the finals of the tournament on Sunday.

Indian Meteorological Department has predicted heavy to very heavy rainfall at isolated places over Gujarat. "Strong winds, speed reaching 40-50 kmph, are likely to prevail over along and off Gujarat-Maharashtra-Goa coasts. Fishermen are advised not to venture into these areas," the weather department said.

"We will identify all the illegal immigrants and infiltrators living on every inch of this country and deport them as per the international law," the BJP chief said in the Rajya Sabha.

New Delhi: The Ministry of Home Affairs (MHA) on Friday issued a statement denying reports that a couple of Jammu...

New Delhi: Acting on the recommendation of the Ministry of Home Affairs (MHA), the Delhi government today cancelled the appointment...