Monsoon session of Parliament likely to be held in August

Sources said that holding a virtual session of Parliament is also being considered as an option, the government also has the option to begin the proceedings with some MPs present physically, while others participate through video conferencing. The committee has met 11 times since September 2019, with the last meeting having been convened on 12 March. According to the Lok Sabha website, Gandhi, who is a member of the committee, hasn’t attended any of these meetings. 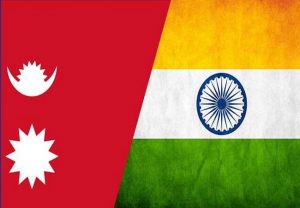 The case pertains to the brutal gang-rape and killing of a 23-year-old paramedical student in a moving bus on the night of December 16, 2012, by six people including a juvenile in the national capital. The woman had died at a Singapore hospital later. Gogoi served as the 46th Chief Justice of India from October 3, 2018, to November 17, 2019. Before leaving the office, Gogoi had said that the issue of pendency of cases in Indian courts is used extensively to “pull down the institution”. Ram Gopal Yadav, Rajya Sabha MP of Samajwadi Party suggested that thermal screening should be started at each of the Parliament gates to ensure that no infected person can enter the premises even as the number of those infected by the virus crossed the figure of 100. Thakur said names of defaulters of over Rs one crore were also available. "I am ready to give all the names and lay them on the table of the House," he said. Thakur alleged that the fugitive offender had taken loans during the UPA government. Will not spare anyone involved in Delhi violence: Amit Shah in Lok Sabha

Home Minister Amit Shah on Wednesday vowed not to spare anyone involved in Delhi violence. Shah said prima facie the violence appears to be a pre-planned conspiracy.

Parliamentary Affairs Minister Pralhad Joshi moved a resolution to suspend the members from the remaining period of the budget session, which was adopted by the House.