The Sardar Patel Motera Stadium spreads across 63 acres with 3 entry points, surpassing the Melbourne Cricket Ground in Australia by a seating capacity of 1.10 lakh. In the letter, President’s press secretary says that the “journalists of the India Today group” didn’t bother to do even the basic fact-check, and “joined the ranks of those who were throwing wild accusations for political gains”. Mahatma Gandhi, the man who led India to freedom from British colonial rule, was assassinated on January 30, 1948. He was assassinated by Nathuram Godse, who was against Gandhi's idea of partition. The Rajya Sabha Chairman, who reviewed in detail preparations for the budget session on Wednesday, has given directions that personal staff of ministers, members of Rajya Sabha and officers of the ministries visiting Parliament shall also be tested for coronavirus. Unveiling of a portrait of Netaji Subhas Chandra Bose by President Ram Nath Kovind sparked off major flare-up on Twitter. Gang of trollers began an agenda to stoke row but they stand exposed.. this is how 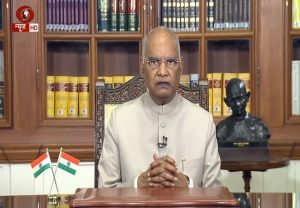 President Kovind’s ‘Address to the Nation’ today on eve of 72nd Republic Day, when & where to watch

Broadcast of Presdient Ram Nath Kovind's address to the nation in Hindi and English on Doordarshan will be followed by broadcast in regional languages by regional channels of Doordarshan. 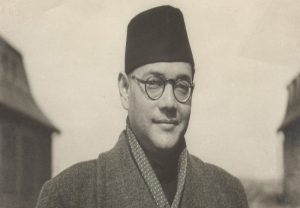 The PM Modi said that the nation will always remember Bose's sacrifice for the independence of the country.