Prime Minister Narendra Modi has urged people to be a part of the 'Janta curfew' today and said that it will add tremendous strength to the fight against COVID-19 menace. 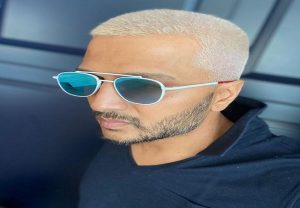 Riteish Deshmukh's bone-tickling response on the tweet prompted applauds and scores of comments by his Twitter fam. Questions started pouring in from all fans and followers of King Khan, as he is fondly called and soon the hashtag #AskSrk was trending on Twitter. In the movie 'Baaghi 3', Tiger will be seen paired with Shraddha Kapoor. The movie will also feature Riteish Deshmukh. Helmed by Ahmed Khan, the movie is expected to release in March 2020.

The multi-starrer film which is based on the concept of reincarnation comedy leaves no stone unturned to tickle your funny bone with slapstick comedy and one-liners.

Pictures from the Trailer launch of Housefull 4

New Delhi: Finally the trailer of the much-awaited ‘Housefull 4’ is out and going by it, it looks the film...