‘With BJP-RSS’, says Navy veteran Madan Sharma who was attacked by Shiv Sainiks

Sharma, hit out at Maharashtra Chief Minister Uddhav Thackeray stating that he should "resign" if he is unable to run the government. 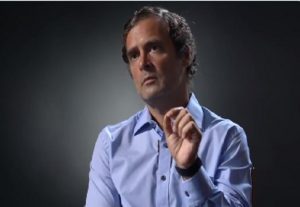 The Congress MP Rahul Gandhi alleged that they spread fake news and hatred through these social media platforms to influence the electorate. The event, held at the organisation's headquarters, was attended by a limited number of functionaries and workers owing to the ongoing COVID-19 crisis. "The kind of self-confidence we need to be self-reliant has been established now. The foundation of practice to take everyone along is being laid here today," said Bhagwat. The construction work of the Ram temple will begin after the foundation stone laying ceremony, in which chief ministers of several states, ministers from the Union Cabinet and RSS Chief Mohan Bhagwat are also likely to participate. On its 72nd Foundation Day, ABVP sets target of 1,000 tree plantation across Delhi Nadda has lost his political balance by attempts at distraction and diversion from issues of national security, territorial integrity: Cong

The Congress spokesperson then posed 10 questions to the ruling party that asked about its "connection with the Communist Party of China ('CCP')". The RSS chief also appealed to the people to join the government in this collective effort to combat COVID-19 and reach out to everyone who needs help. 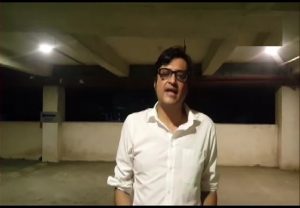 Arnab said that he later spoke to his security detail they informed him that the attackers were Youth Congress workers who allegedly confessed that they were given instructions by their higher ups to carry out the attack.