Kanika Kapoor hopes her next COVID-19 test is negative, says she’s not in ICU

The 'Baby Doll' singer was tested positive for the virus for the third time on March 27, following her second and first tests that came out to be positive on March 23 and March 20. 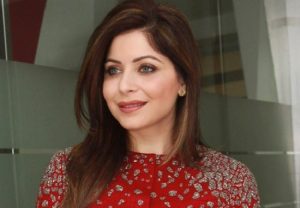 Kanika Kapoor tests positive for coronavirus after flying back from UK

The 'Baby Doll' singer also revealed that contact mapping of people who have been in touch with her is underway.

Most ill human being in America now seems to be the President: Rihanna

Exuding her joy and excitement over releasing a book on her, Rihanna in a statement said, "I am so excited to share this collection of incredible images. I'm very grateful to the talented photographers and artists who contributed."

Nigam started his career with a track in 1990 film Janam but it never released. His first released song was O Aasman Wale from the 1993 movie Aaja Meri Jaan. But it was his track Sandese Aate Hai in JP Dutta's Border that skyrocketed him to massive critical as well as commercial fame. He's enjoyed immense popularity and renown in the years since, consistently remaining one of the highest-paid singers in India.

"The world has seen many big singers, but you can't name one male singer who changed his voice according to the actor he was singing for," Javed said.

Queen’s ‘Bohemian Rhapsody’ gets one billion views on YouTube

The newly remastered video on YouTube will ensure the song continues to be rediscovered, embraced and beloved by old and new generations of music fans around the world; it's incredible to help change the way fans experience music and provide a place for artist and fan connections worldwide

The singer, who has been grilled by the ED in this case in the past, had said he had done nothing wrong and they were carrying the large amount of cash because they were travelling in a group and the act was inadvertent.

New Delhi: Singer Mike Singh has reportedly been arrested in Dubai for alleged sexual misconduct. The singer was arrested last...

Dr Hari Om, an IAS with a difference, who is popular for his sincerity, honesty, dutifulness throughout the nation and...