The diplomat stated that in view of the COVID-19 travel restrictions, most leaders will not travel to New York and the high-level debate will be conducted virtually. The video then shows Interim Congress Chief Sonia Gandhi( as Rashi), who is also seen listening to the speech by Irani. With the progression of the funny clip, Irani asks, "who has put the empty cooker on gas?" 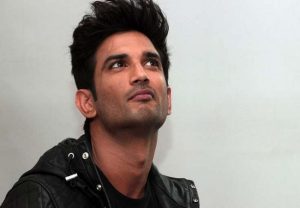 Sushant allegedly committed suicide at his Bandra residence by hanging himself in Mumbai on Sunday, the police said. An elephant had died on May 27 after she ate the pineapple stuffed with crackers and forest officials said that it died standing in river Velliyar after it suffered an injury in its lower jaw. “45 years ago two explosive people came together and…..”: Smriti Irani reveals secret on her parents anniversary

Today, she took to the gram to post an adorable yet funny anniversary wish for her parents. She wished him with throwback pictures of the two and a cute post, which has since then gone viral.

Union Minister Smriti Irani took to Instagram on Thursday to urge her followers to stitch face masks while at home during the lockdown. The Nari Shakti Puraskar, instituted by the Ministry of Women and Child Development, are National Award in recognition of exceptional work for women empowerment conferred every year on March 8 as a mark of respect and recognition for those who contribute towards the empowerment of women. Rahul Gandhi on Thursday took a dig at the ruling party over the LPG cylinder price hike by sharing on Twitter an erstwhile UPA era picture of BJP leaders protesting against cooking gas price hike. Irani hits out at Kejriwal over his tweet, says ‘women capable of choosing their candidates’

Before polling began in the national capital at 8 am today, Kejriwal while urging people to step out and vote, suggested that women should discuss it with men whom it would be better to vote for.