My heart breaks at the vilification of Rhea Chakraborty: Vidya Balan

However, Sushant’s niece Mallika Singh slammed such tweets and wrote on Twitter, “I’m surprised that right now, some people are suddenly remembering what ‘pain of a family’ and ‘standing up for a colleague’ means.” 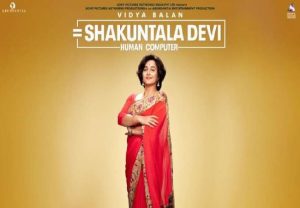 Helmed by Anu Menon, the story revolves around the journey of the real-life genius Shakuntala Devi, known as 'human computer' and 'mental calculator' for her ability to make incredibly swift calculations on her fingertips. 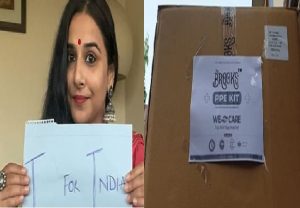 Besides Sara, various other Bollywood stars were seen celebrating the festival through their social media posts.

The space drama released on 15 August, alongside John Abraham's 'Batla House', and Quentin Tarantino's 'Once Upon a Time in Hollywood'. However, 'Mission Mangal' appealed to the masses and opened to a staggering Rs. 29.16 crores on its opening day, making it Akshay's highest opener till date.

Bollywood actress Vidya Balan during the launch of a book by Author Minnie Vaid on telling Stories of Women Scientists Involved In ISRO’s Mars Mission in Mumbai.

With its multi-star cast, the film is set to cruise past Akshay's bumper openers 2.O and Kesari which earned Rs 95 crores and Rs 78.07 respectively at the weekend box office. Film critic and Trade analyst Taran Adarsh shared the numbers on his Twitter handle.