‘Girls can reproduce at 15 years, why raise marriageable age from 18 to 21 yrs’: Sajjan Singh Verma (VIDEO)

Sajjan Singh Verma -- former PWD minister and Kamal Nath loyalist -- had questioned, setting off BJP demands for an apology and his sacking from the party. A video showing a woman clad in a burqa opening fire went viral on social media. According to the Delhi Police, the woman also claimed to be a sister of a gangster but it turned out to be false. 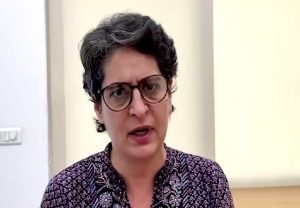 A 22-yr-old Dalit woman died after she had allegedly been gang-raped by two youths in a Balrampur village in Uttar Pradesh on Wednesday, said police. BJP leader shot dead in Gurugram by her husband

"Munesh was speaking to our younger sister over the phone when she was shot. Munesh told her that she was shot by her husband," said SK Jakhar, brother of the deceased.

"2317 ceasefire violations by Pakistan in 2019 till October 10 while 147 terrorists have been killed in different operations by the security forces on the Line of Control (LoC) and hinterland," Indian Army sources said.

Woman, suspected to be child-lifter, thrashed by mob

A middle-aged woman was allegedly thrashed by mob on suspicion of child-lifting in Ghaziabad of Uttar Pradesh.

Two Bike borne men snatched a woman’s bag in broad daylight in Pandav Nagar area of Delhi. Woman chased the bikers but failed to get grip of assailants.

The clip, which is now being shared by many, was initially tweeted by the show’s official Twitter handle. Since being shared some 17 hours ago, the clip has amassed over 3, 86,900 views. Additionally, it has also gathered 4300 ‘likes,’ and more than 1,400 retweets.