Not bats but rabbits behind Covid-19 virus? WHO thinks so after 4-week trip to China

Wuhan, in China's central Hubei province, is the first place in the world that the virus was detected in 2019. Since then, more than 106 million cases and 2.3 million deaths have been reported worldwide. China Daily reported that further details have not been disclosed in the brief statement released on the commission's website. Dozens of her supporters and diplomats gathered outside Shanghai Pudong New District People's Court on Monday morning before the trial began, according to HKFP. There are about 176 potential Covid-19 vaccine in the works now, out of which 35 are said to be under clinical evaluation. Here is a look at Top 9 vaccine candidates, which lead the pack.

The tightening of sanctions comes amid escalating tensions between the US and China and Washington's claims that Chinese firms are being used for espionage, despite repeated denials. Pictures and videos of the party have gone viral on social media with people expressing shock over the carelessness shown by people while attending the party at the water park in Wuhan. WHO experts in Wuhan to hunt for origin of Covid-19 but will China co-operate?

reports suggest that the WHO team has ruled out visit to the infamous lab for probing the origin of virus. Remember, the Wuhan Institute of Virology came under scrutiny after reports emerged that it was artificially made virus. Can Coronavirus spread through air? Over 200 scientists says yes, write to WHO

In an open letter to the agency, which the researchers plan to publish in a scientific journal next week, 239 scientists in 32 countries outlined the evidence showing smaller particles can infect people, the NYT said. 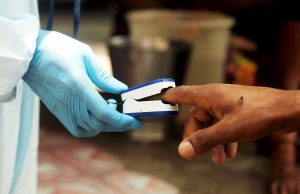 Speaking about Bharat Biotech's prowess, Suchitra Ella, Joint Managing Director said, "Our ongoing research and expertise in forecasting epidemics has enabled us to successfully manufacture a vaccine for the H1N1 pandemic." Even as China gets panned by global leaders including the smaller nations for botching up the handling of Covid-91 pandemic,...