New Delhi: Automaker Maruti Suzuki said on Tuesday its profit moved up by 5.1 per cent during the third quarter of current fiscal (Q3 FY20) to Rs 1,565 crore.

Tax expense of the company came down by Rs 129 crore to Rs 441 crore in the quarter. While Rs 63 crore was in deferred tax, about Rs 378 crore was the current tax. 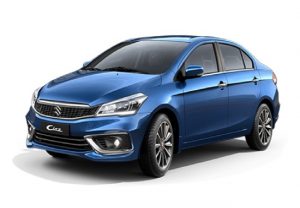 At the same time, the company registered net sales of Rs 19,649 crore, higher by 3.8 per cent compared to the same period of the previous year.

Maruti Suzuki sold a total of 437,361 vehicles during Q3 FY20, higher by 2 per cent compared to the same period of the previous year.

One Electric announces the launch of their electric motorcycle – KRIDN