OP Sharma said: “Today, Kejriwal’s party supports Shaheen Bagh. What is it that you support? Breaking Assam off from India, Jinnah’s idea of independence? 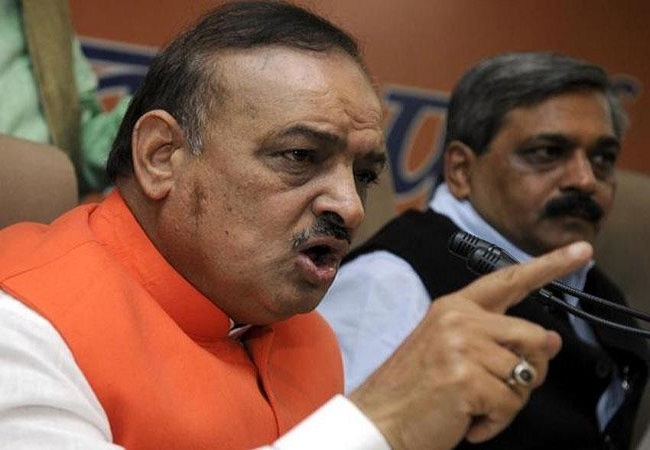 “Arvind Kejriwal is a corrupt man. He sympathises with terrorists, plays the role of Pakistan Army spokesman, raises questions on the Indian Army and supports ‘Tukde-Tukde’ gang. Indeed, terrorist is the appropriate term for him,” Sharma told ANI.

On February 3, even Union Minister Prakash Javadekar had said that there is enough evidence to prove Arvind Kejriwal is a terrorist.

He had said: “Today, Kejriwal’s party supports Shaheen Bagh. What is it that you support? Breaking Assam off from India, Jinnah’s idea of independence? Standing at a place where slogans of breaking India are being raised is also terrorism.”

“Kejriwal is making an innocent face today and asking if he is a terrorist. You are a terrorist. There is plenty of proof for it. You yourself had said you are an anarchist, there is not much difference between an anarchist and a terrorist,” Javadekar had said at a press conference here.

The AAP on Tuesday galloped to a landslide victory by winning 62 of the 70 seats in the Delhi Assembly elections in the face of a high-voltage campaign by the BJP, which fielded a battery of Union Ministers and Chief Ministers in its electioneering, spearheaded by Home Minister Amit Shah. The BJP marginally improved its tally, managing just eight seats from its 2015’s tally of three seats. The Congress, which drew a blank in the previous elections, failed to open its account yet again.