Atishi Marlena, who won the election from Kalkaji, has served as a key advisor to the AAP leader Manish Sisodia primarily on education policies that transformed public school education in the capital. AAP ministers who will chair different departments for next 5 years 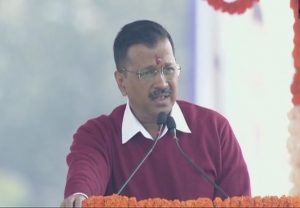 "Elections are over, it does not matter who you voted for, now all Delhiites are my family. I will work for everyone, be it from any party, any religion, caste or strata of society," said Kejriwal. AAP galloped to a landslide victory by winning 62 of the 70 seats in the Delhi Assembly elections in the face of a high-voltage campaign by the BJP, which fielded a battery of Union Ministers and Chief Ministers in its electioneering, spearheaded by Home Minister Amit Shah. According to an official notification, President has also appointed six MLAs as ministers in Delhi govt, on the advice of the chief minister.

Delhi elections 2020: Bang on, Axis My India gets another exit poll right

Axis My India’s exit polls are turning out to be Exact polls, for few years now. It has been forecasting accurate numbers repeatedly… 2019 General Elections, Maharashtra, Haryana and Jharkhand, to name a few. OP Sharma said: "Today, Kejriwal's party supports Shaheen Bagh. What is it that you support? Breaking Assam off from India, Jinnah's idea of independence?